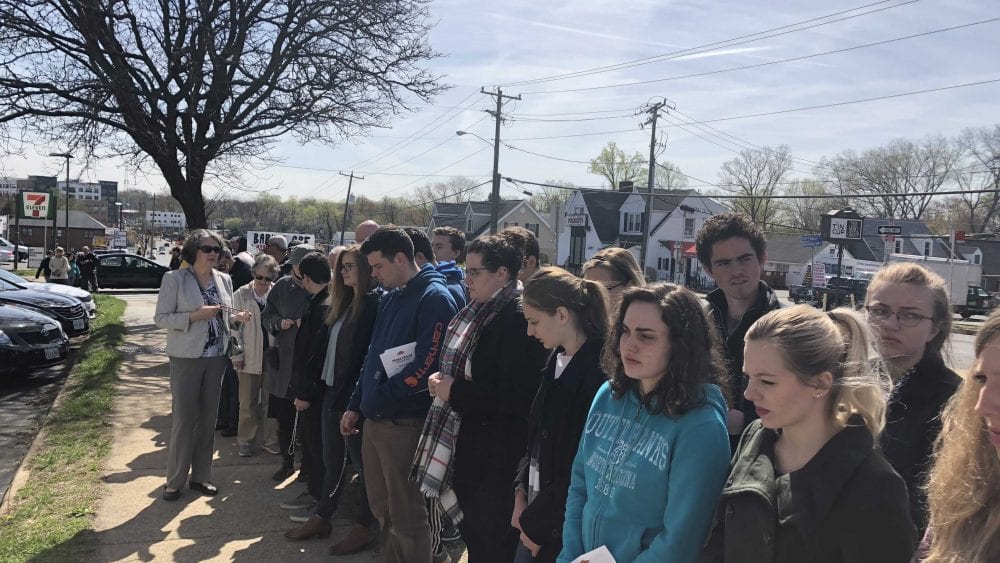 Every January since the devastating Jan. 22, 1973, Roe v. Wade and Doe v. Bolton decisions that legalized abortion in the United States, pilgrims of all faiths and political stripes from all over the country have protested those decisions at the March for Life in Washington, D.C.

Every year, the throngs of protesters peacefully and publicly show their solidarity with the unborn children who have been killed and the women and men who have been harmed by the long-term effects of abortion’s sting. But on Jan. 24, as these tens of thousands of pro-life advocates wind their way down Constitution Avenue on their way to the steps of the Supreme Court building, where the march traditionally ends, there will be palpable excitement.

That’s because barely one month later, the high court’s justices will begin their review of a Louisiana abortion law that could signal a major turning point in the long movement against abortion in America.

What makes the Louisiana law before the Supreme Court in March so potentially significant?

For one thing, the law belies the abortion lobby’s accusation that pro-life advocates are unconcerned about the welfare of women. The 2014 law requires abortionists to have admitting privileges at hospitals within 30 miles of the abortion facility. And as Katrina Jackson — the pro-life Democratic state legislator who wrote the law — explains on the front page of this issue of the Register, it was passed to remedy the disturbing reality that women at abortion facilities were afforded a lower standard of care than anyone else, because the admitting-privilege requirement already applies to every other kind of surgery performed in the state’s ambulatory medical clinics.

So it’s the abortion activists fighting to overturn the law who are prepared to sacrifice women’s well-being, not Jackson and her principled pro-life colleagues on both sides of the aisle in the Louisiana Legislature.

But even more importantly, a somewhat similar law from Texas was struck down by the Supreme Court in 2016 on the ground that it imposed an “undue burden” on women seeking abortions. The Louisiana case will mark the first major abortion case heard since then by the Supreme Court, with both of the justices appointed since 2016, Neil Gorsuch and Brett Kavanaugh, participating.

Pro-life advocates have solid reason for hoping that the new justices’ conservative judicial perspectives will contribute to a decision upholding the Louisiana law. If so, that could be crucial in unraveling the argument of “undue burden” and open the road ahead for a reconsideration of the weak rationales for the Roe decision that is responsible for the deaths of more than 60 million children since 1973.

More than 200 pro-life members of Congress are among those seeing 2020 as an opportune judicial moment. At the start of the year, they called on the Supreme Court to reconsider both Roe v. Wade and the subsequent 1992 decision Planned Parenthood v. Casey, which created the ambiguous “undue burden” standard.

In an amicus brief in support of the Louisiana law, the federal lawmakers — who included several Democrats — argued that the confusing jurisprudence engendered by “the vague and opaque ‘undue burden’ standard … illustrates the unworkability of the ‘right to abortion’ found in Roe and the need for the court to take up the issue of whether Roe and Casey should be reconsidered and, if appropriate, overruled.”

And if the Louisiana case isn’t the one that initiates the process to overturn Roe, pro-life advocates are hopeful that one of the 60 restrictions on abortion passed in the states in 2019, many now tied up in legal cases winding their way through district and appellate courts, could also make it to the halls of the Supreme Court in 2020.

Further, this new year likely brings a set of new laws on abortion in states including Idaho, Nebraska, Ohio, South Carolina and Tennessee. These will spark new judicial battles, appeals and an inevitable journey back to the Supreme Court.

We are at a crucial moment. Let’s never forget: Even as these legal maneuvers continue and we all wait for the justices to decide on the Louisiana law, more than 3,000 babies — human beings deserving of continued life — will die from abortions every day.

All the more reason for every supporter of the culture of life to remain united, vocal, peaceful and determined. We must make the loudest stand yet for life, write our political representatives, support life centers across the country, and lead by example in our private and public lives.

That means praying every day for the unborn, for the mothers who consider abortions and those who choose them, and for everyone complicit in the abortion industry. It means also having conversations within our families and in the community and combating the lies and misinformation about abortion and the pro-life cause.

As reflected in the homemade signs from families and school groups and professionally made placards from organizations such as Students for Life of America and the Knights of Columbus, the pro-life movement works diligently at every level to change the abortion mentality of the United States.

The pro-life movement deserves to be applauded for its determination and ingenuity. And, while retaining our hopeful anticipation, we must dig in and stand the ground on this most pressing and preeminent cause of our time.