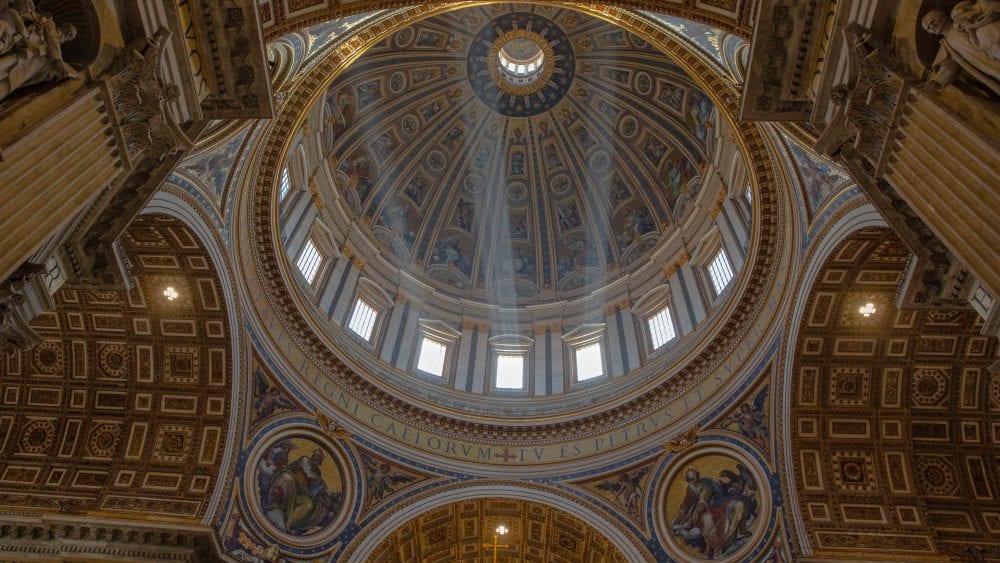 In a press conference before the event, Archbishop Vincenzo Paglia, president of the Pontifical Academy for Life, discussed the importance of palliative care, which focuses on alleviating suffering and improving quality of life.

Vatican The Vatican’s Pontifical Academy for Life held an international symposium this week on medical ethics and palliative care, hosted together with the WISH initiative, a part of the Qatar Foundation.

The Dec. 11-12 conference included presentations by representatives of Christianity, Islam, and Judaism on the topic of medical ethics, palliative care, and the mental health of the elderly.

In a press conference before the event, Archbishop Vincenzo Paglia, president of the Pontifical Academy for Life, discussed the importance of palliative care, which focuses on alleviating suffering and improving quality of life. This care may be offered in end-of-life situations or at any stage of an illness. It may be offered on its own, or in conjunction with efforts to treat or cure a disease or medical condition.

Archbishop Paglia said that promotion of palliative care is an area where all religions can work together. He said the symposium is part of a series of events being put on by the Pontifical Academy for Life which are focused on promoting “a culture of care in contrast to the culture of waste.”

The World Innovation Summit for Health (WISH) co-hosted the symposium, which drew around 250 people.

WISH is an initiative of the Qatar Foundation. The Qatar Foundation was founded by then-emir Sheikh Hamad bin Khalifa Al Thani and his second wife Moza bint Nasser and is both privately and governmentally funded.

A WISH employee, speaking with journalists on background, said it is a scientific not religious group; but because of its connection to Qatar, its activities usually do contain a Muslim “stream.”

CEO of WISH Dr. Sultana Afdhal noted Dec. 10 that within Islam, “religious scholars from different schools do have different interpretations of what Islam teaches when it comes to palliative care or beginning of life care.”

Mohammed Ghaly, the academic director of the Research Center for Islamic Legislation and Ethics in Qatar said Dec. 12 that the general consensus in Islam at the present moment is that suicide should be harshly condemned. A distinction was not drawn between physician-assisted suicide and other forms.

The British Medical Journal is also a sponsor of the event. Its executive editor, Kamran Abbasi, said the journal respects religions and religious views, but added that its job is to foster dialogue rather than reach an “end-point” in debates.

“We are always willing to entertain all sides of a debate,” he said.

Abbasi added that “this conference is perfectly in line with our core values,” which he said include patient-focused care and evidence-based medicine.

The first day of the symposium included a panel discussion on whether cooperation between faiths could help spirituality be better incorporated into palliative care. There was also a panel Dec. 12 on suicide and suicide prevention.

The first part of the panel was a presentation by Diego De Leo, an Italian doctor and expert on suicide and suicide prevention, based in Australia. His presentation did not distinguish between medically assisted suicide and other types of suicide.

Dr. De Leo noted that the suicide rate overall in the world is declining, with the biggest decline being among elderly.

One of the prominent exceptions to this decline is the United States, where the suicide rate is growing, especially among Americans aged 45 to 54, he noted. Dr. De Leo drew a correlation between this and the growing economic disparity, as well as lack of welfare, in the U.S. He pointed to research which shows poverty to be a major contributing factor in suicides around the world.

The doctor also spoke about suicide among elderly populations, which remains a significant problem despite some declines. In some countries, such as Italy, rates of suicide among young people are relatively low, but the rate rises with each age category.

Among the elderly, suicide correlates with a high prevalence of depression, physical illness, isolation and loneliness. Other risk factors include feelings of hopelessness, poor subjective sleep quality, family discord, financial problems, and bereavement.

Lack of social support, such as moral support from family and friends, is also connected to suicide in the elderly, Dr. De Leo said.

The symposium also included a talk on dementia and current models of healthcare, presented by Paulina Taboada, a professor of bioethics at the Pontifical Catholic University of Chile, who stressed the importance of “whole-patient care,” which she called the “biopsychosocial-spiritual model.”

Professor Taboada challenged participants to think about how spirituality can contribute “in its own right” to the health and wellbeing of patients, especially those in palliative care.

She also presented the model of whole-patient care created by Edmund Pellegrino, an American bioethicist and former president of The Catholic University of America who died in 2013.

Pellegrino argued whole-patient care should take into consideration four aspects: evidence-based medicine, the patient’s best interests, the good of the patient as a human person, and the ultimate good of human life.