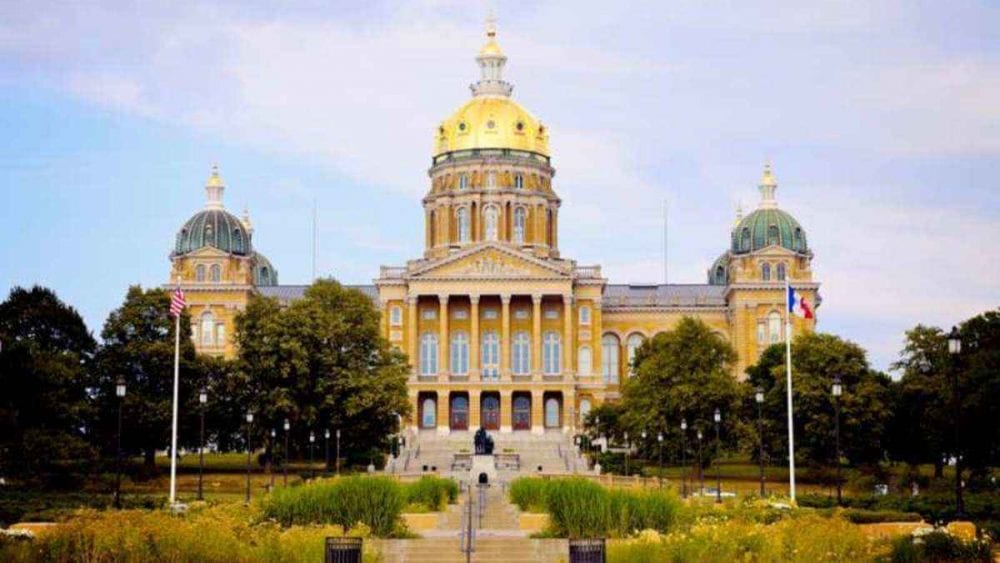 An Iowa Supreme Court decision declaring abortion to be a fundamental right bars the way to appeal a ruling against a pro-life bill, Gov. Kim Reynolds has said, leaving some pro-life advocates focused on an amendment to the state constitution to bypass the court.

“This was an extremely difficult decision, however it is the right one for the pro-life movement and the state of Iowa,” Reynolds said Feb. 18 in explaining her reasons not to appeal a ruling against a bill to ban abortions when a baby’s heartbeat is detectable.

“After this decision and because of Planned Parenthood’s legal maneuverings, I see no path to successfully appeal the district court’s decision or to get this lawsuit before the U.S. Supreme Court,” said the governor, according to Iowa Public Radio.

The Jan. 22 ruling from Polk County District Judge Michael Huppert blocked a 2018 law, signed by Reynolds, which would have required an ultrasound before an abortion to determine whether a fetal heartbeat can be detected – usually around the sixth week of pregnancy. The legislation made some exceptions for pregnancies conceived through rape or incest, as well as fetal abnormality, or if a doctor determines that a woman’s life is in danger.

Last year the Iowa Supreme Court struck down a 72-hour waiting period for abortion, on the grounds that “a woman’s right to decide whether to terminate a pregnancy is a fundamental right under the Iowa Constitution.” Huppert cited that ruling in his January 2019 decision.

The U.S. Supreme Court has little jurisdiction over issues affecting the state constitution.

Under current law, abortion is legal in Iowa until the 20th week of pregnancy. The heartbeat-based law was among the strongest abortion regulations in the country.

Pro-life lawmakers in the legislature responded to the decision by backing a constitutional amendment saying there is no right to abortion in the state constitution. That proposed amendment, Senate Joint Resolution 9, must pass in two consecutive legislative sessions before going to a statewide vote.

Voters have passed similar amendments in Alabama and West Virginia.

The Iowa Catholic Conference testified in support of the amendment, saying it would make the state constitution “abortion-neutral.”

“Without this change, if or when Roe v. Wade is struck down or federal law is modified, abortion will remain a fundamental right in Iowa,” the conference said in its Feb. 10 newsletter. The state supreme court decision means strong scrutiny for “any regulation of abortion or efforts to restrict its public funding.”

At a Feb. 6 House hearing on the bill, Caitlyn Dixson, executive director of Iowa Right to Life, spoke in its favor.

“Iowa deserves to have laws that are able to change and evolve over time to reflect the thoughts of Iowans. The climate in Iowa today is pro-life,” she said, citing the legislative success of the heartbeat bill.

“It took an act of blatant judicial overreach to overturn the law, going directly against what Iowans want,” Dixson said.

She said the Iowa constitution itself recognizes “certain inalienable rights” including “enjoying and defending life.” She suggested that this contradicts the idea of “an unwritten ‘fundamental right to abortion’.”

Other legislative proposals in the state aim to restrict abortion provider funding and strengthen legal protections for the unborn.

A different bill would deny state-administered federal funds to sex education programs run by any organization that performs abortions or regularly refers for abortion.

Both bills have passed out of subcommittee for further hearings.

A different proposed amendment declaring life begins at conception has passed out of a subcommittee Feb. 21 for consideration by a full Senate committee.

Republican Sen. Jake Chapman, the subcommittee head, said, “We’re not going to stop. We will continue to fight for life.”

Such amendments have never successfully passed a statewide vote.

The heartbeat-based abortion ban did not take effect pending the legal challenge from the American Civil Liberties Union of Iowa, the abortion provider Planned Parenthood of the Heartland and the Iowa City-based Emma Goldman Clinic, which also performs abortions.

The bill also barred all persons from knowingly acquiring, providing, transferring, or using fetal remains in Iowa. This did not apply to medical diagnostic samples, or forensic investigations, or to fetal body parts donated for medical research after a miscarriage or stillbirth.

Catholic bishops of the state had voiced qualified support for the bill’s “life-giving intent,” as well as its restrictions on fetal tissue and body parts.

Bishop Walker Nickless of Sioux City, Iowa told CNA in May 2018 that Catholics might disagree about the strategy of supporting legislation that could be overturned by courts. He encouraged creative pro-life advocacy, saying Catholics should discern such questions carefully. He also encouraged Catholics to support the legislation if that is what their conscience tells them.