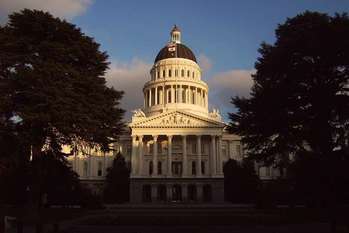 SACRAMENTO, Calif. – Facing the threat of major cuts to federal HHS funds, California Attorney General Xavier Becerra has said the state will not back down from its ban on health insurance plans that exclude abortion, even after federal authorities have sided with Catholic nuns who object to the ban.

The attorney general has accused the federal government of interfering in his state’s sovereign duty to protect women’s “reproductive rights.”

“Clearly, this is a disappointing response by the attorney general,” Stephen J. Greene, the attorney representing the Missionary Guadalupanas of the Holy Spirit religious sisters said in a statement sent to CNA Feb. 24.

“As we have repeatedly stated, our clients, the Guadalupanas, just want their conscience rights (and those of others who may hold different, but sincerely held views, as well) to be respected as provided for under the law.”

“At this point, my clients need to consider their next steps as does the federal government,” said Greene.

The Guadalupanas, whose province is headquartered in Los Angeles, are consecrated Catholic women who live among the poor and needy in inner city and rural areas. Their service includes teaching religion classes and working with destitute Spanish-speaking immigrants.

Their June 2017 complaint with the Department of Health and Human Services’ Office of Civil Rights alleged that California’s 2014 rules mandating abortion coverage in health plans burdened their conscience rights and compelled them to fund “the practice of abortion on demand for other plan participants,” despite their Catholic beliefs that direct abortion is “gravely contrary to the moral law.”

On Jan. 24, federal officials sided with the Guadalupanas and another complainant, the Skyline Wesleyan Church of La Mesa.

In a document known as a notice of violation, the Office of Civil Rights said that California’s Department of Managed Health Care ignored its specific request to confirm or deny whether it would align its practices to the federal Weldon Amendment, and instead issued a response that “confirms its non-compliance.”

The office gave California 30 days to agree to comply with the law or face limits on federal HHS funds.

The Weldon Amendment, first passed in 2005, bars HHS-appropriated federal funds to state or local governments if they discriminate against institutional or individual healthcare entities, including health insurance plans, that decline to pay for, provide coverage of, or refer for, abortions.

California Attorney General Xavier Becerra, in a letter to Severino dated Feb. 21, said has said the state will take “no corrective action” in response to the federal notice.

“Political grandstanding should never interfere with that,” he added.

Becerra’s letter objected that the notice contradicts a 2016 determination that California was in compliance with the Weldon Amendment, despite complaints from groups like the California Catholic Conference. The attorney general argued that the latest notice “dramatically reinterprets” the amendment and threatens to cut federal funding for vital state programs.

Becerra’s letter to Severino did not mention either the Missionary Guadalupanas or Skyline Wesleyan Church whose legal complaints prompted the HHS action.

For his part, Severino said the Department of Health and Human Services will take appropriate action in response.

“For decades Californians could choose whether or not they wanted abortion-free health insurance coverage until California took away that option,” Severino told CNA Feb. 24.

“HHS is assessing the recent letter from the California Attorney General and all appropriate remedies in light of California’s continued refusal to comply with federal law.”

Only one provider had requested an exemption, he said, and this exemption was granted. This was proof the state was willing to comply with the Weldon Amendment.

The attorney general requested all evidence related to the Notice of Violation so that California could have a “full and fair opportunity” to refute it. His letter objected that “corrective action” was not specified.

California officials mandated the coverage after two Catholic universities in autumn 2013 announced that they planned to stop paying for employees’ elective abortions and had secured state approval for the new health plans.

Lobbyists from Planned Parenthood wrote to the California Department of Health and Human Services to insist that agency rules be changed to force religious groups to provide coverage for elective abortions, according to emails published in court filings from the Alliance Defending Freedom legal group.

When the Obama administration rejected complaints from groups like the California Catholic Conference, the U.S. Conference of Catholic Bishops said the ruling was “contrary to the plain meaning of the law.” They said it was “shocking” that the federal government allowed California to force all employers, including churches, to fund and facilitate elective abortions.

Now the controversy includes the Guadalupanas, who work closely with farm workers and with immigrants.

“They’re wonderful women,” Kevin Eckery, a spokesman for the California Catholic Conference, told CNA Feb. 18. “They just didn’t understand why their conscience rights were being ignored, so they took action for themselves and others.”

Eckery said that the California Catholic Conference is “pleased” that federal action has been taken, but he stressed the need to seek a resolution and to reject partisan political interpretation of objections to the state rule.

“We’re not out to start or continue a culture war. We’re just out to make sure that the beliefs of people like the Guadalupanas are respected,” he said.

“We’re not seeking to cut off federal funds,” he said. “All we’re seeking is a respectful conversation, but one that is now clearly backed by the government which recognizes that this is a violation of conscience rights.”

“We’re interested in simply rolling back to the status quo that existed prior to 2014,” Eckery said.

The HHS Office of Civil Rights estimated that the state mandate wrongly affected at least 35 employer groups serving over 28,000 enrollees, including 13 groups that met California’s definition of religious employer.

California officials framed the federal action as a dispute with President Donald Trump.

“This is extreme presidential overreach and would, if carried out, jeopardize lives of Californians,” California Gov. Gavin Newsom said Feb. 21. “We will not allow it.”

HHS had announced the action on Jan. 24, the same day that President Donald Trump became the first U.S. president to address the National March for Life in person.

“California’s abortion mandate not only devalues life, but cruelly compels many Californians to support abortion against their will,” House Minority Leader Kevin McCarthy, R-California, said Jan. 24. “I urge Governor Newsom to reconsider his support for this unlawful policy.”

McCarthy’s office characterized the Weldon Amendment as “a critical federal law crafted to protect the civil rights of Americans who want to live their lives without being discriminated against by the government simply because they are not willing to provide, pay, or cover abortions.”

His office charged that California disregarded the law under the Obama administration and “is forcing health insurance plans to cover abortion.”

McCarthy’s office pointed to a January 2019 ruling that California discriminated against pro-life pregnancy resource centers, violating both the Weldon Amendment and the Coats-Snow Amendment.