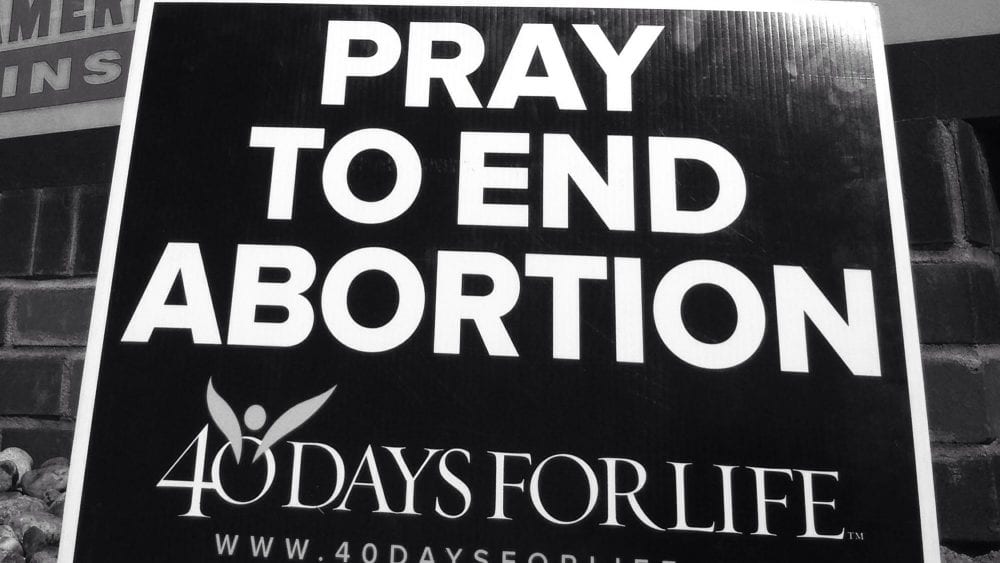 By Marc and Julie Anderson | The Leaven Catholic Newspaper

EMPORIA – It was called “the most brilliant political strategy of all time.”

That’s how the late Dr. Bernard N. Nathanson, once known as “America’s abortion king,” described his “Catholic strategy” in an interview in 2009 with Terry Beatley, founder and president of Hosea Initiative.

The initiative is an organization dedicated to fulfilling the promise Beatley made to Nathanson: “to teach the deception underlying legalized abortion” until it “becomes common knowledge or until Roe v. Wade is overturned.” Roe v. Wade is the 1973 decision legalizing abortion throughout the United States.

And Nathanson’s “Catholic Strategy” was a four-part plan to manipulate many Catholics to advance the cause of legalized abortion.

Beatley was in the archdiocese from Oct. 15-19 as part of the archdiocesan pro-life office’s Respect Life Month events. She gave a presentation at 10 different places, including three of the Catholic high schools and at parishes in Leawood and Kansas City, Kansas.

Beatley opened her presentation at Sacred Heart Parish in Emporia with the following: “I think Dr. Bernard Nathanson’s legacy, his story, is one of the most important Catholic conversion stories of all time.”

In fact, she said, Nathanson’s story is a love story — “a love story of how much God loves each and every one of us, how he woos us back to him even when we’re ‘America’s abortion king.’”

Nathanson and the late Lawrence Lader, she said, were cofounders of NARAL Pro-Choice America, known then as simply NARAL or the National Association for the Repeal of Abortion Laws.

“NARAL was a political action organization,” she continued. “Dr. Nathanson, back in 1970, went to Planned Parenthood in New York City and begged the board of directors to join with NARAL to try and get abortion legalized in the state of New York.”

“Believe it or not, Planned Parenthood would not budge,” Beatley said.

“Americans love choice,” she said. “Of course, they didn’t say the choice [would be] to kill a baby in the womb. They just said it’s a woman’s right to choose.”

A second aspect of the effort, Beatley said, involved creating cynical slogans which are still common, including, “My body. My choice” and “Abortion is a personal decision.”

Additional components of the propaganda campaign involved fabricating polling data, making up false statistics, manipulating the media to spread those lies, repeating the lies often and using the lies to justify decriminalizing abortion.

Nathanson, she explained, would say nearly a million women had illegal abortions with 5,000 to 10,000 women dying as a result of those so-called “back-alley abortions.” These lies, she said, were repeated over and over again to the media who, in turn, reported them to the public.

The real numbers, he told her, were actually a small fraction of that. And when the public relations firm in charge of NARAL’s campaign told Nathanson and other NARAL founders that they needed to quote polling statistics showing the American public overwhelmingly favored abortion, they happily obliged.

“Dr. Nathanson would say to the media that 60 percent of Americans wanted abortion legalized,” Beatley said.

When she asked him for the source of this statistic, he replied simply: “I pulled it out of thin air.”

The real number, she learned, was one-tenth of 1% of Americans wanted abortion on demand.

The final part of the propaganda campaign was dubbed “The Catholic Strategy.”

“The four-part plan worked like this. [First,] blame. They would blame the pope, the bishop and the local priests any time a woman died of an illegal abortion. It was all the Catholic hierarchy’s fault — all those single men.”

Second, Nathanson and NARAL deliberately elevated Catholic politicians in the media “as long as they were for legalized abortion.”

Finally, they developed “the Catholic straddle,” a political position most Catholics are familiar with — a position which has proven “stealthy, effective and very deadly.” That position says Catholics can remain personally opposed to abortion but allow every woman the right to choose.

Near the end of her presentation, Beatley shared part of Nathanson’s religious journey, which ultimately culminated in his baptism and reception into the Catholic faith on Dec. 8, 1996, the solemnity of the Immaculate Conception, at St. Patrick’s Cathedral in New York City.

“What Nathanson found in the Catholic Church,” concluded Beatley, “was forgiveness.

“Isn’t that one of the most beautiful Catholic conversion stories?”