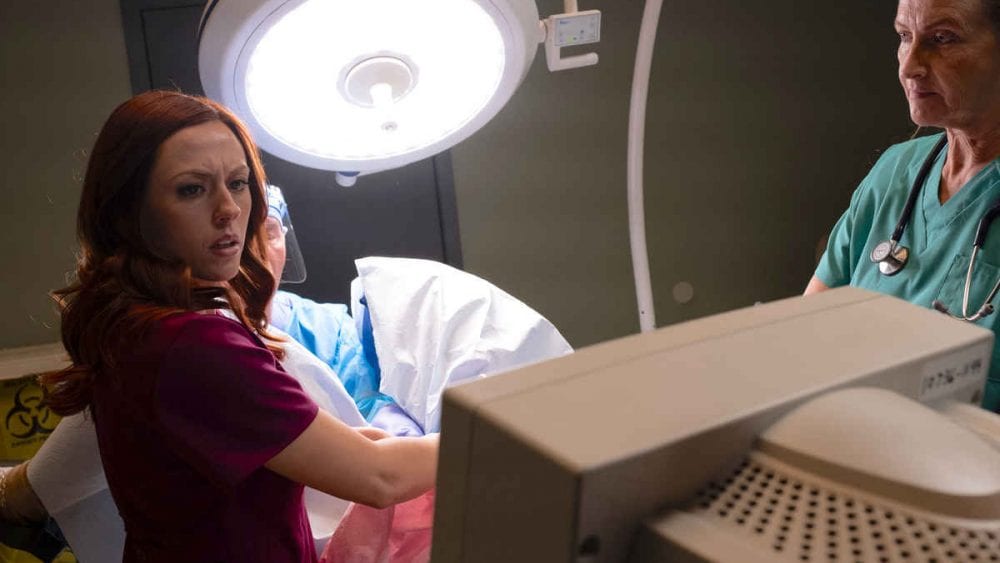 Is ‘Unplanned’ the movie the pro-life cause has been waiting for?

Rose has an acting cameo in the film, which is based on Johnson’s 2010 book by the same name. The two notable women in the pro-life movement have supported each other through the fishbowl experience of being public figures.

And Rose was ecstatic after watching the film’s final cut. “If you only watch one movie in theaters this year, watch this one on March 29,” Rose said. “An incredibly beautiful film, I was in tears the whole time.”

There’s a special significance to seeing the life of Johnson re-enacted on the big screen.

One moment in the film — a moment that lasts only several seconds — is pivotal to the story and will change hearts, Johnson said. The moment went through months of revision before Johnson gave it her approval.

“If we don’t get this right, we might as well scrap the whole movie,” she said over the phone. “This is the most important part of the film. So, we’ve been working on this for months to get it right.”

The hard work has paid off. “It could not be more realistic.”

Johnson is talking about the moment in the film when the actress, Ashley Bratcher, who portrays her, sees what some have described as the “silent scream.”

Johnson recounted the experience in her book. It was the first time she had assisted in an ultrasound-guided abortion. The fetus was at 12 weeks of gestation. She had been told that the fetus feels no pain, a belief that she shared for years with the many women who came in for abortions at her clinic.

“The details startled me,” she wrote about the baby in utero that she saw on the monitor. “I could clearly see the profile of the head, both arms, legs, and even tiny fingers and toes. Perfect.”

She detailed the abortion procedure. “The next moment was the sudden jerk of a tiny foot as the baby started kicking, as if trying to move away from the probing invader.”

The dismemberment that followed horrified her and left her thinking, “What was in this woman’s womb just a moment ago was alive. It wasn’t just tissue, just cells. That was a human baby — fighting for life!”

That moment changed Johnson’s mind about abortion. Soon after, she quit her job and joined forces with 40 Days for Life. The movie needed to capture the shocking moment in order to show the reality of abortion, Johnson said. “People are looking for truth. And so I think this movie is going to give people what they are looking for.

“There is nothing in the movie that is overdramatized or embellished,” she added. “We wanted to make it very real and very honest. This is not going to be some dumb, corny Christian film. This is going to be real life.”

Johnson hopes the movie will lead to important dialogue with so-called pro-choicers, who aren’t at ease with the recent legislation that expanded the availability of late-term abortion procedures.

“It’s really perfect timing by God,” Johnson said. “The Democratic Party has swung so far — they’ve swung the pendulum so far to one side that even their own pro-choice constituents are like, ‘I don’t know. That might be a little too far.’ ”

She added, “I think we really have an opportunity to educate people and dialogue with people and potentially see many, many conversions take place. And it’s just amazing to be in the middle of that and see it happen.”

For weeks, iTunes has listed the film’s trailer in the top 10 most viewed category, and in many states, Church groups have bought out theaters.

But Johnson stressed the importance of prayer and silent witness. She said that there are countless times women have approached her while she is praying outside of an abortion clinic.

They say to her, “I was on my way to have an abortion today and the whole time I was praying for a sign, and I pull up and I see you guys praying outside and I realized that this is a sign. I’m not going to have the abortion.”

Johnson, a soon-to-be mother of eight, is just a few weeks away from her due date, but that’s not stopping her from dress shopping for the Los Angeles movie premiere. “I’ll be nice and huge at the premiere,” she laughed. “I’m currently trying to find dresses that will fit over a pregnant belly.”

But showing up to the movie opening makes a difference, she said. “I think this is a way for people to feel that their voice is being heard — by showing up and influencing the box office numbers.

“If it has a big opening weekend, which I think it will, the media can’t ignore it. They will have to cover it. It is just more opportunity for dialogue.”

SPECIAL OFFER! 44 issues of Angelus for just $9.95! Get the finest in Catholic journalism with first-rate analysis of the events and trends shaping the Church and the world, plus the practical advice from the world’s best spiritual writers on prayer and Catholic living, along with great features about Catholic life in Los Angeles. Subscribe now!