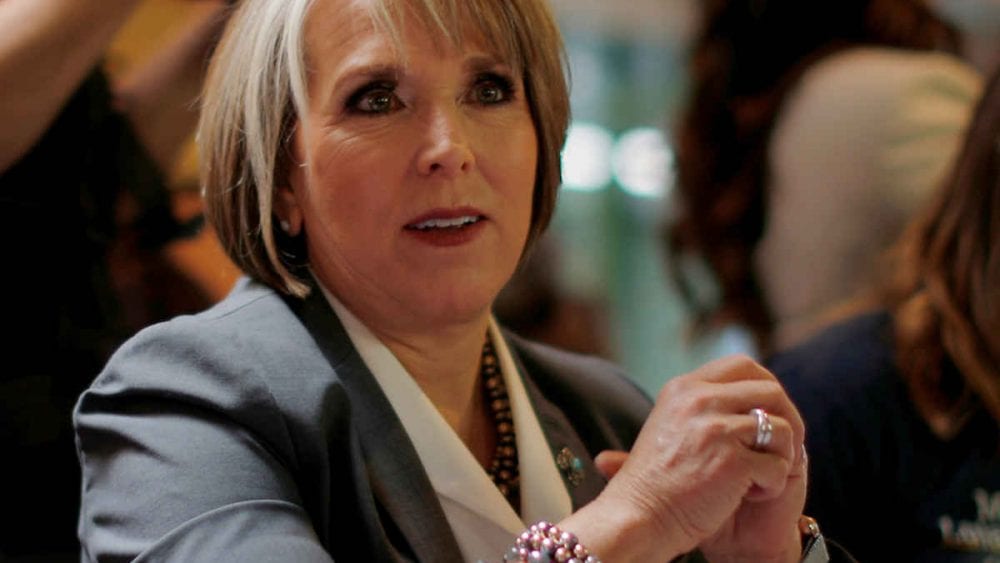 Since the end of January, the legislatures of New York, Virginia and other states have made headlines by approving or introducing policies that relax abortion restrictions, even in the third trimester and during labor.

Now New Mexico is one step closer to passing a similar bill that loosens the state’s already liberal abortion laws and would erase virtually all abortion restrictions in the event that the landmark Supreme Court decision Roe v. Wade is overturned.

The “Decriminalize Abortion Bill,” or H.B. 51, has now made its way through the New Mexico House of Representatives, receiving the body’s overall approval in a 40-29 floor vote Feb. 6 after being confirmed by several committees. It is now headed for the Senate, where it will be the subject of further debate and another vote.

According to the Santa Fe New Mexican daily newspaper, there are three main parts of New Mexico’s pre-Roe abortion law that would be invalidated by the act: a prohibition that makes abortion a felony; language that permits abortions in some circumstances as determined by a physician, such as rape or threat to a mother’s life; and an opt-out provision for hospitals or providers that register moral or religious objections to performing the procedure.

Most of these were invalidated already by Roe v. Wade or the New Mexico Court of Appeals, giving New Mexico some of the laxest abortion policy in the country.

But if Roe v. Wade is eventually overturned, this state law would ensure that abortion would be available on-demand in New Mexico.

In multiple statements, the New Mexico Conference of Catholic Bishops has condemned the bill and urged Catholics in the state’s three dioceses to take action against it.

In one statement released before H.B. 51 had passed the House Judiciary Committee, the bishops criticized the bill as a whole but especially the portions that would be in effect even without a Roe v. Wade repeal. For example, as per the Jan. 31 release, “H.B. 51 guarantees that parents will NOT be involved in their minor daughter’s abortion,” which the bishops see as extremely damaging and opening the door to abuse.

Additionally, in that statement the bishops lamented the lack of protections for doctors who object to abortion on moral or religious grounds: “H.B. 51 strips away the only explicit conscience protection for doctors and other medical professionals that protect them from being forced to participate in abortions. … Medical professionals should not have to worry that the state of New Mexico and private companies could have the power to force them to choose between their faith and their profession.”

The statement included statistics collected from the New Mexico Alliance for Life, which seemed to demonstrate that the principles of the bill are not attuned to New Mexican opinion. Included were claims that “67 percent of New Mexicans support parental involvement in a minor’s abortion” and that “70 percent of New Mexicans oppose allowing abortions after five months up to birth.”

After H.B. 51 had cleared the House, the bishops released another statement, again denouncing the elimination of religious protections, which would be enforceable without a Roe overturn: “Two parts of the statute are not void by the U.S. Supreme Court and are enforced. We oppose H.B. 51 and urge our legislators to protect the conscience of our health care workers and protect women by maintaining the conscience clause and requirement of the doctor.”

But in this statement, the bishops reminded New Mexican lawmakers of their duties amid the state’s social woes.

“New Mexico consistently ranks low or last among other states in education results, economic opportunities, poverty, and childhood health,” read the statement, “An abortion will not fix the obstacles many women and families face, such as economic instability, access to education, and a higher standard of living. We encourage our legislators to turn their efforts away from promoting abortion, and instead to policies and legislation which would promote the prosperity of human life at all stages of development.”

New Mexico Alliance for Life Executive Director Elisa Martinez told Catholic News Service in a phone interview that there is a chance the bill will meet its demise in the Senate, but it will “take a lot of effort” from multiple parties to achieve that outcome.

New Mexico Gov. Michelle Lujan Grisham has already vowed to sign the bill, likely making the Senate the final venue where its opponents can make a stand.

“We do know there are a number of Catholic Democrats in the Senate who are more conservative” and thus might vote in opposition to the bill, Martinez reported. She also called on the Catholic Church leaders and priests in their roles as “shepherds” to very strongly “speak about what’s at stake” should the bill pass.

Martinez reiterated the extreme nature of the bill and how its exclusion of conscience protection puts it even beyond the Reproductive Health Act recently passed in New York, which allows abortions in the Empire State up to birth for almost any reason.

Currently, Martinez said, “this is the most extreme bill in the nation.” She noted that the New Mexico bill was part of a wider goal by the abortion lobby to end religious refusals to abortion.

“We are seeing extremists trying to establish (abortion) as a human right,” she added, noting that the lack of a conscience protection is a “Trojan horse” for that mission.

Additionally, expert witnesses for the bill from the American Civil Liberties Union and other organizations “admitted that medical professionals would not be exempt in an emergency,” according to Martinez.