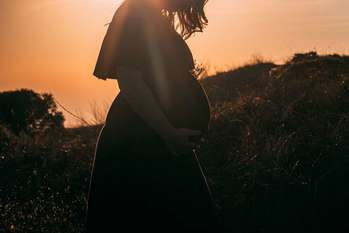 WASHINGTON – As many pregnant students say they face pressure to have abortions to advance their education and careers, one pro-life group has released a “bill of rights” to help pregnant and parenting students protect their futures.

“The goal of schools should be to assist students, no matter their stage of life,” the Students for Life’s Pregnant on Campus initiative said on its website. “If a student is being bullied by coaches, intimidated by professors, and pressured by friends, this is not the supportive, empowering environment that pregnant and parenting students on American campuses deserve.”

The relevant law, Title IX of the Educational Amendments of 1972, bars federal money to academic institutions and programs that discriminate on the basis of sex. These institutions include colleges, universities and elementary and secondary schools.

Kristan Hawkins, president of Students for Life of America, said that more than one in five students is a parent, and over 70% of these parenting students are women.

“Lack of awareness of the rights of pregnant and parenting students is widespread, affecting many students and student athletes,” Hawkins said Oct. 24. She said the Students for Life Pregnant on Campus initiative aims to educate women about their rights and to “provide them support, including legal assistance, so that they can complete their educations.”

In an essay for the Washington Examiner, Hawkins said that college athletic programs appear to be ignoring decades-old federal protections for pregnant women, as student athletes face pressure to have abortions. Hawkins noted that female athletes like Sanya Richards-Ross, who won a gold medal in the 400-meter race at the 2012 Summer Olympics, have said abortion is prevalent among track-and-field women athletes.

Camille Cisneros, director of the Pregnant on Campus project, said the effort aims to help institutions follow the law and to support pregnant and parenting students with access to child care and nursing rooms on campus or provisions like parking passes for pregnant students.

“Our goal is to make sure that pregnant and parenting students have the tools they need to create a beautiful future for themselves and their children,” Cisneros said.

Students for Life promotes a 10-point “Pregnant on Campus Bill of Rights.” It emphasizes the right of pregnant students to be free from limits on activities and benefits enjoyed by other students. These include involvement in clubs, academic programs and intramural activities like athletics.

One such right concerns pressures on women to seek abortions.

“Athletic directors or coaches may not bully students into abortion, threatening loss of future or present opportunity,” it says.

Students may not be barred from campus housing and may not have academic or athletic scholarships revoked due to pregnancy, nor may they be penalized in matters of financial aid, the document says. Further, scholarship recipients must be informed of their Title IX rights, and failure to inform students constitutes negligence on the part of coaches or other school officials.

Professors and other staff may not punish pregnant students who take medically necessary absences and they must make accommodations for retaking tests and completing other assignments, the document states. A student cannot be penalized because he or she is parenting a child.

Title IX offices on campus are tasked with compliance with this law, but Students for Life of America said these offices need to improve.

“Too often, Title IX coordinators are either complacent or complicit in violations,” the organization charged.

Students for Life said its more than 1,200 groups and chapters will be able to talk to fellow students, Title IX coordinators, academic institutions, and athletic department staff about supporting pregnant and parenting students.

The Pregnant and Parenting on Campus Initiative’s website is https://pregnantoncampus.studentsforlife.org. It provides information, flyers, social media graphics, and other material about pregnant and parenting students’ rights.