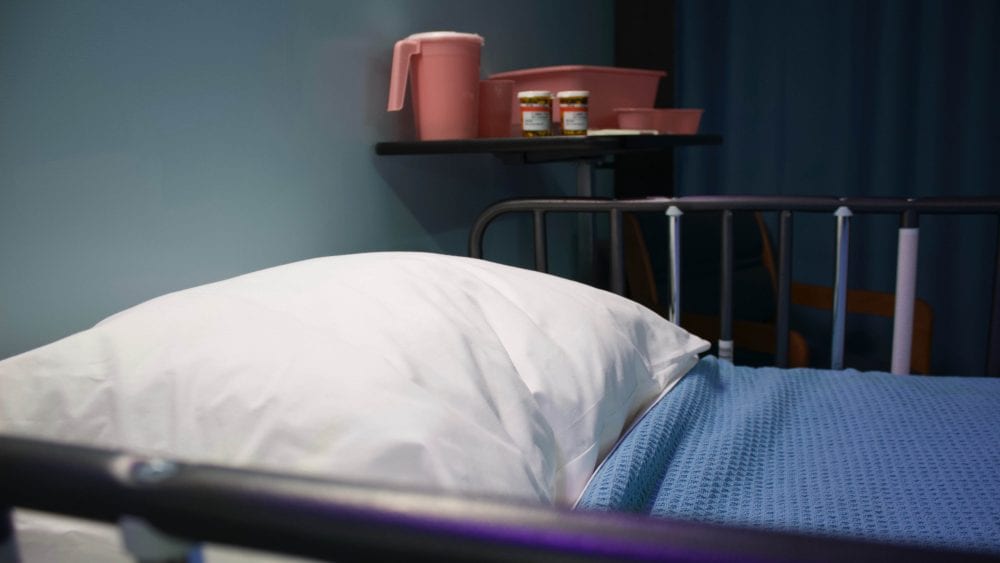 Despite some claims that restrictions on aborted fetal tissue research could cost lives during a pandemic, a bioethicist and a professor of molecular genetics both cautioned that Hansenkrug’s proposal is no guarantee of COVID-19 treatments or a vaccine.

WASHINGTON, D.C. — Efforts to combat the spread of coronavirus should not be used to override ethical restrictions on the use of aborted fetal tissue in medical research, Catholic bioethicists warned on Thursday. The warning came after some scientists called for the lifting of a ban on use of tissue from elective abortions.

“The effort is still somewhat speculative, it seems to me,” Dr. John Brehany, director of institutional relations at the National Catholic Bioethics Center, told CNA of a National Institutes of Health (NIH) fetal tissue research proposal to seek treatments for the new coronavirus.

“I don’t think that we have to reject that ethical standard,” he said of the administration’s current moratorium on NIH fetal tissue research derived from elective abortions.

According to the Washington Post on Wednesday, immunologist Kim Hasenkrug at the NIH Rocky Mountain Laboratories in Montana has been appealing for “nearly a month” for approval of experiments using fetal tissue from aborted babies.

The proposed research reportedly aims to find treatments for the coronavirus (COVID-19) by implanting mice with fetal lung tissue, infecting the mice with coronavirus strains similar to COVID-19, and testing for successful treatments.

Researchers speaking anonymously to the Post said that the research could be successful, but Hasenkrug’s request has not been granted because of a federal moratorium on NIH research involving fetal tissue from elective abortions.

A spokesperson for the Department of Health and Human Services (HHS) told CNA on Thursday that, regarding Hasenkrug’s particular request, “no decision has been made.”

The administration “has activated a whole-of-government, whole-of-America approach to prepare for and respond to COVID-19,” the HHS spokesperson said, including “kick-starting the development of vaccines and therapeutics through every possible avenue.”

“Promoting the dignity of human life from conception to natural death is one of the very top priorities of President Trump’s administration,” HHS stated in the 2019 announcement.

In addition, the administration said that federal funding of extra research would be subject to federal ethics advisory boards, and applicants would have to provide a justification for their research on fetal tissue.

The coronavirus pandemic has killed more than 10,000 people worldwide. There were more than 14,000 confirmed COVID-19 cases in the U.S. as of Friday morning, although some scientists say the number is likely much higher due to lack of widespread testing.

Despite some claims that restrictions on aborted fetal tissue research could cost lives during a pandemic, a bioethicist and a professor of molecular genetics both cautioned that Hansenkrug’s proposal is no guarantee of COVID-19 treatments or a vaccine.

“There’s a lot of ‘maybes’ along the line,” Dr. David Prentice, vice president and research director for the Charlotte Lozier Institute and an adjunct professor of molecular genetics at the Pontifical John Paul II Institute in Washington, D.C., told CNA. “It’s a totally unproven, unvalidated technology.”

Researchers would have to successfully implant fetal lung tissue in mice, confirm that mice can be infected, and then test for treatments of the new coronavirus.

There are ethical alternatives to fetal tissue research, Prentice and Brehany said.

“People are working on other ways of curing the sickness brought on by this virus,” Brehany said. “There are some ideas out there.”

“In other words, should we conclude that perhaps we’re all going to die, or many people will die, because of this restriction? And honestly, I think the short answer is ‘no’,” he said.

Clinical trials are almost underway on “humanized mice” with human genes, to develop antibodies to the coronavirus infection, Prentice said. A French study found that a combination of the anti-malarial drug hydroxychloroquine with the antibiotic azithromycin helped reduce the duration of the new coronavirus.

Another study found that the transplantation of mesenchymal stem cells (MSCs) in patients in a Beijing hospital with severe COVID-19 pneumonia helped significantly improve their lung condition within two days.

Brehany said the current pandemic should not necessitate the removal of existing ethical standards.

“Even as we try to grapple with this pandemic,” he said, “survival at all costs, including the costs of acting in an unethical manner, is not right.”

The timing of the researchers’ complaints is conspicuous, Prentice said, as HHS announced on Feb. 20 that it was establishing a Human Fetal Tissue Research Ethics Advisory Board to review grant applications for aborted fetal tissue research, and would be accepting nominations within 30 days.

The discussion also raises the ethical concerns around aborted fetal tissue research, and other treatments or vaccines derived from questionable or immoral acts.

There is also the issue of the ethics of vaccines derived from questionable or immoral acts, he said.

The 2008 Vatican document Dignitatis Personae strongly criticized aborted fetal tissue research, but regarding common vaccines—such as those for chicken pox and measles, mumps, and rubella (MMR)—that are derived from cell lines of aborted babies, the Vatican said they could be used by parents for “grave reasons” such as danger to their children’s health.

The document goes on to state that “everyone has the duty to make known their disagreement and to ask that their healthcare system make other types of vaccines available.”

In a 2017 document on vaccines, the Pontifical Academy for Life noted a “moral obligation to guarantee the vaccination coverage necessary for the safety of others…,especially the safety more vulnerable subjects such as pregnant women and those affected by immunodeficiency who cannot be vaccinated against these diseases.”

“The Church certainly thinks this shouldn’t happen,” Brehany said of the existing vaccines for measles and chicken pox that are derived from cell lines of aborted babies. “But until there are alternatives, can people benefit at least from the current cell lines being used of the current vaccines being developed? The short answer is ‘yes’.”