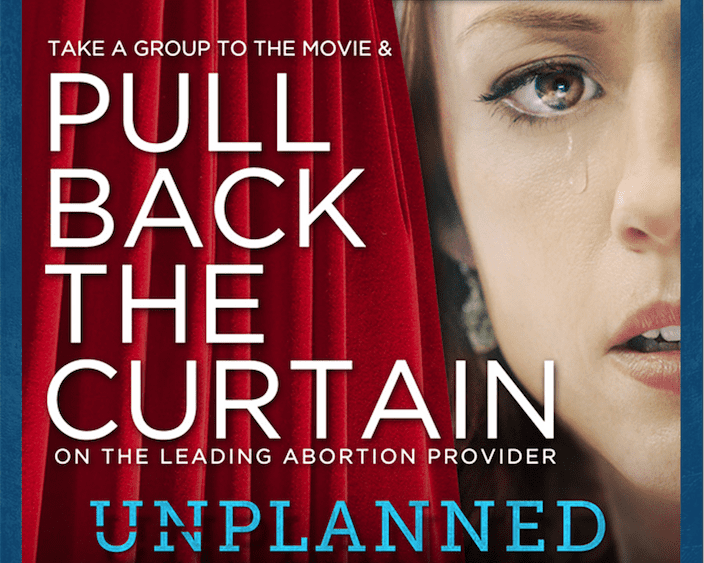 Editors note: Ashley Bratcher, who lives in Georgia, is starring in the Pure Flix movie Unplanned, the story of Planned Parenthood director-turned-anti-abortion activist Abby Johnson that is bowing Friday in 1,006 theaters nationwide. She reached out to Deadline to respond to Alyssa Milano’s guest column earlier this week seeking to draw Hollywood’s attention to Georgia’s “Heartbeat Bill” legislation, which proposes to outlaw abortions once a doctor detects a fetal heartbeat in the womb. Milano urged the film and TV industries, which utilize the Peach State’s expansive tax incentives, to boycott the state if the bill passes. That bill, HB481, is due for a final vote next week, with Gov. Brian Kemp expected to sign it if it gets to his desk.

Mother to mother, actress to actress, and as a proud Georgian, I’ve got some things to say to you. Hollywood may be silent on women’s rights but Georgia, the new home of the movie industry, is making its voice heard loud and clear. I’m incredibly proud of my home state for taking a stand in the fight for life amidst backlash and dubious threats.

For the latter part of a year I’ve watched as women I’ve admired, like you, spoke out in regards to women’s rights, more specifically women’s reproductive rights. With radical laws like the ones in New York and Vermont being passed, it’s more critical than ever that we are using our voices to fight for the rights of women. One problem, you’re forgetting about the rights of women within the womb. If feminism is all about equal rights, then where are her rights?

I can’t help but think how you would feel in my shoes. Having just learned months ago that my life was spared on an abortion table, it definitely put a few things in perspective for me. You had the privilege of being born in 1972. My generation was not so lucky. Over 61 million lives never reached their full potential. How many doctors, scientists, philosophers, and even actors like you and me, never had the chance to leave their beautiful marks on the world? I too, just one year ago, was more pro-choice than I am today. It was during the filming of my latest movie, Unplanned, that I was truly convinced how wrong I had been. That’s the power of film.

You pointed out that “Georgia was home to 455 filming projects, generating $2.7 billion in direct spending for the state” and that “Georgia’s success in film is no accident. The state’s leaders go out of their way with huge tax incentives that attract these projects.” You claim, “That’s why it baffles me that, instead of continuing to foster a pro-film environment, state leaders are going down a divisive road once again, refighting culture wars and jeopardizing one of the state’s biggest sources of revenue.”

Well Alyssa, let me make something very clear to you. In Georgia, we care just as much about being pro-life as being pro-film. We don’t believe in putting a price tag on the value of a human life. Our brave leaders have stepped up to say enough is enough, we will no longer sit idly by as innocent lives are taken by the thousands each day. If you fault Georgia for choosing to be morally correct over politically correct, then that says more of your personal agenda than the goal of our governor to protect life, liberty and the pursuit of happiness for all. You claim that the HB481 “Heartbill Bill” would make Georgia the most regressive state in the country; I couldn’t disagree more. Abortion is so 1973. Welcome to 2019, a time in which medical advances preserve the life of babies born as early as 21 weeks. In case you didn’t know, that’s three weeks earlier than what most states in the U.S. consider “viable” in their abortion legislation.

You want a working environment that is safe, respectful, tolerant and full of love? I know a place just like that and I call it home. Women do not seek abortions because they feel strong or empowered, they seek them because they are scared. They seek abortions because society and the new-age feminist movement perpetuates the lie that women cannot be successful and be mothers. Those of us on the other side of the fence are here with open arms saying, “Yes, you can!”

You hail Georgia as the “Hollywood of the South” but you should know, it’s pretty evident that Georgia has its own identity and that it won’t be bowing down to Hollywood anytime soon. The glitz and glamour has lost its appeal and America is watching. How sad it is that tax credits are a more important topic than the sanctity of human life.

Mother to mother, I invite you to see my new movie, Unplanned. Abby Johnson’s testimony changed my life. Who knows, maybe it could change yours too.

This story originally appeared on https://deadline.com/