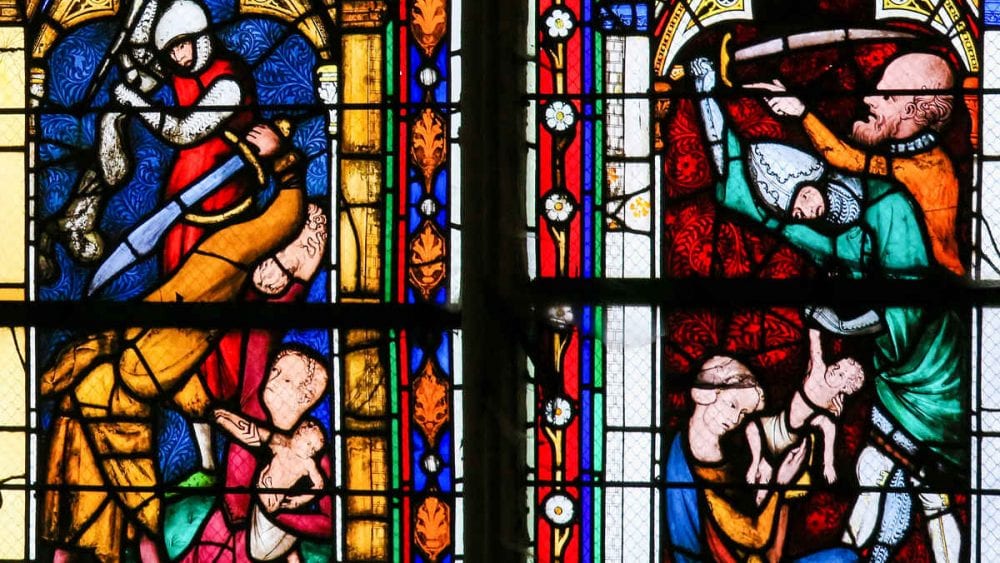 That we should be having a national conversation about the practice of infanticide, here in the West, and in the year of our Lord 2019, is a shocking thing.

For more than 2,000 years, Christianity has been waging constant war against infanticide, in every culture and every age, across the globe and on every continent. And, although it is scandalous that lawmakers can talk about infanticide casually without causing universal horror, it is not surprising.

We tired moderns are now mostly post-Christian, and the faith and morals that once made the elimination of unwanted children unthinkable has been slowly leeching out of our frayed social fabric.

The present controversy comes after New York passed a law allowing abortion right through the 40th week of pregnancy, and Virginia lawmakers rushed to pass their own version.

The governor of Virginia, a physician, talked candidly in a radio show about how this would play out in the case of an infant with deformities surviving a third trimester abortion. The child, if lucky enough to survive the first attempt on her life, could then be allowed — legally — to die of neglect, if that is what the mother and abortionist decided.

A search through the history books on this subject is a gloomy exercise. It would be fair to say that infanticide is the human rule, not the exception. In ancient Western Civilizations, whether Greek, Syrian, or Roman, infanticide prevailed — a solution for poverty, overpopulation, and licentiousness.

Aristotle advocated the practice: “…let there be a law that no deformed child shall live.” In Thrace, infants were placed in earthen pots and left to die in the cold. In Sparta, the state put weak infants to death, and in Athens desperate mothers and cold-blooded fathers did so.

In Rome, every child was evaluated at birth by the father and casually exposed if the wrong sex, visibly deformed, or a burden on the family. To keep down numbers, the Phoenicians burnt children as a sacrifice, the Syrians threw them from a temple, and the Carthaginians slew them at the altar.

When Christianity broke upon the scene, it was recognized as a revolutionary ideology, not least because it proposed that each scrap of humanity held the divine image.

When the newly Christian Roman Empire outlawed infanticide in 374 A.D., men had to accept, whether they liked it or not, that God would not suffer them to casually murder their children, even if they were worthless, burdensome, or the evidence of shameful acts.

The law taught that to extinguish a little being that trembled on the threshold of life was as great a crime as the slaying of a grown man — and the result was a dawn of solidarity and compassion for children after a long night of terror.

Abortion, the sordid first cousin of infanticide, was likewise outlawed. And along with prohibitions against destroying the innocent came the best fruit of Christianity: charity. Whether from desperate poverty or degraded circumstances, women continued to bear children they couldn’t bring up, and the care of these orphans was the responsibility of the local bishop.

Orphanages and foundling homes sprouted across the land, and during the Middle Ages monasteries and convents continued this duty into modern times, while the laity were exhorted to do their part.

As Christianity spread East and West, it fought the terrible practice everywhere. In China, missionaries met the ideas of an early philosopher, Ham Fei Tzu, who taught: “…a father and mother, when they produce a boy, congratulate each other, but when they produce a girl they put her to death.”

In Japan, they found that smothering was used as population control. Africa, Australia, South America, Alaska — missionaries encountered infanticide and worked vigorously at putting it to death.

Christianity succeeded in taming infanticide for some time in the West, but we find that the awful human tendency to eliminate human obstacles resurges as Christianity recedes. The practice returns through the societal acceptance and legal enshrining of abortion, the dirty relative of infanticide.

Recent controversies over infanticide reflect the steady enlarging of the “right” to abort into the very moment of labor. Sometimes a baby will slip out into the world during a third trimester abortion and take a breath, having escaped the heart-stopping needle of the abortionist through some happy miracle.

Whether she was selected for death for that old crime “deformity” or simply unwanted by mother and father, our eloquent politicians who talk incessantly of progress and equality can’t get up the energy to defend her. Like the countless nameless babies exposed, smothered, or drowned throughout the ages, she will have to whimper on, alone and unaided.

If those of us who call ourselves Christians would follow the gentle Teacher’s ways, we would all be willing that everything should fall before one more child suffers that awful fate. G.K. Chesterton expressed this with characteristic eloquence:

“She is the human and sacred image; all around her the social fabric shall sway and split and fall; the pillars of society shall be shaken, and the roofs of ages come rushing down, and not one hair of her head shall be harmed.”

Dr. Grazie Pozo Christie grew up in Guadalajara, Mexico, coming to America at age 11. She has written for USA Today, National Review, Washington Post, and The New York Times, and has appeared on CNN, Telemundo, Fox News, and EWTN. Her Angelus column, “With Grace,” earned a Catholic Press Association award for “Best Regular Column: Family Life” in 2018. She practices radiology in Miami, Florida, where she lives with her husband and five children.

SPECIAL OFFER! 44 issues of Angelus for just $9.95! Get the finest in Catholic journalism with first-rate analysis of the events and trends shaping the Church and the world, plus the practical advice from the world’s best spiritual writers on prayer and Catholic living, along with great features about Catholic life in Los Angeles. Subscribe now!