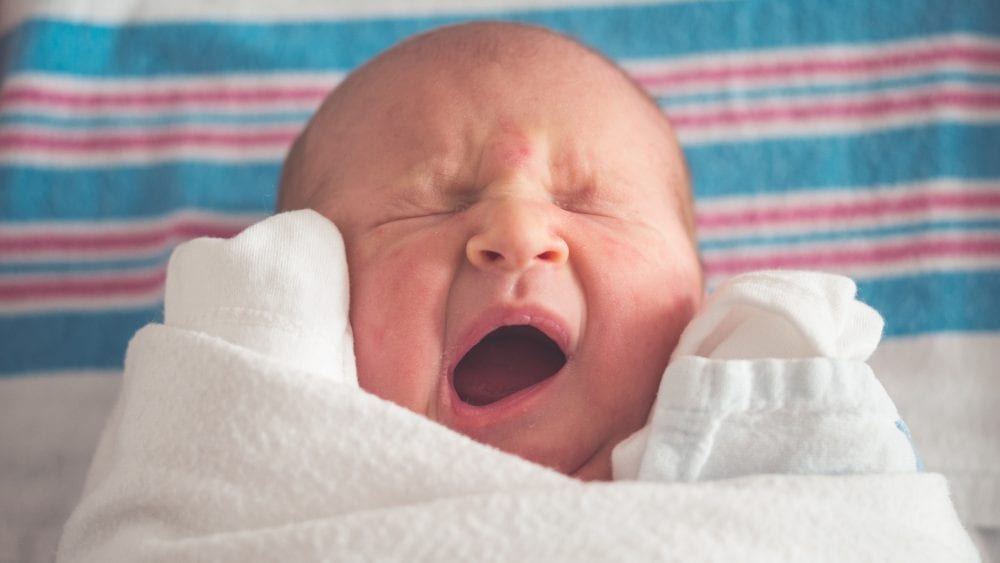 Abortion dialogue in time of extremism

At the end of February, 44 U.S. Senators voted against legislation that would ban the willful or negligent homicide of babies born alive after a botched abortion.

The bill would not have placed any restrictions on abortion in this country. It would simply have clarified in law that it is illegal to directly kill or withhold necessary life-saving medical care from a newborn baby who survives an abortion attempt. Yet nearly half of the Senate opposed this legislation, saying that they did so on the grounds of supporting women’s reproductive rights.

The vote demonstrated just how far supporters of abortion are expected to go in the name of women’s rights. But it also sheds light on the broader polarization of our country on the issue of abortion. Amid speculation that Roe v. Wade could soon be overturned, activists on both sides of the issue are working adamantly to gain ground, particularly at the state level.

Last month, New York enacted a law permitting abortion in all nine months of pregnancy if deemed necessary for the sake of the mother’s health, a provision that has been interpreted by courts so broadly as essentially to allow for abortion-on-demand. Illinois and Vermont are considering even broader legislation that would openly allow abortion for any reason at any time in a pregnancy. Expansive abortion bills have also been introduced in Massachusetts, Rhode Island and New Mexico.

Meanwhile, pro-life states are also working to pass laws that would protect life if Roe v. Wade were overturned. In Kentucky, lawmakers passed a bill to ban abortion after a baby’s heartbeat can be detected, and the Missouri House has advanced a similar bill. Iowa is considering an amendment to declare life as beginning at conception. Arkansas’ governor signed into law a bill to limit abortion to the first 18 weeks of pregnancy. In North Dakota, House legislators passed a ban on the most common method of second-trimester abortion.

The stage is set for an intensified cultural confrontation over abortion, one in which each side thinks the other is a threat to fundamental human rights.

For those of us on the pro-life side, abortion is an issue of the utmost moral significance. Because we understand the humanity of the unborn person, we recognize abortion as the murder of the most vulnerable, helpless, innocent human life, something that can never be justified.

But to those who support abortion, the issue is also critical. Planned Parenthood’s new president, Leana Wen, said in an interview last week, “We should be approaching health care from a social justice lens, valuing each person and their choice. Only then can all people be free and equal.”

Those who believe legally protected access to abortion is necessary for freedom and equality see restrictions on abortion as a real repression of women’s basic and fundamental rights.

Abortion politics are a zero-sum game, in which neither side is content to agree to disagree. And with nearly two dozen abortion-related cases just one step away from the Supreme Court, it is clear that this issue is not going away.

A reversal of Roe v. Wade — a crucial first step — will usher in state-level fights in which supporters of abortion will not quickly give up.

In fact, a legal victory at the Supreme Court level would yield an unprecedented flood of money, manpower and determination for Planned Parenthood and its allies, who would broadcast immediately the message that women’s essential rights are in grave danger.

What, then, is the solution for pro-lifers? It cannot be a solely political back-and-forth, a tangled and vicious cycle of legislation and court rulings. If nothing else, pro-lifers are at a strategic disadvantage and likely to remain so unless something changes: We can be outspent by the abortion lobby because of the extraordinary financial resources at the disposal of Planned Parenthood, NARAL and others.

The people speaking up most vocally about abortion tend to be those with the strongest views — either for or against. But polls consistently show that the majority of Americans are somewhere in the middle. They do not think abortion should be completely banned, nor do they think it should be completely unrestricted. They are uncomfortable with abortion — despite efforts by Planned Parenthood to depict it as something normal and even empowering — but they see it as an unfortunate solution to an unfortunate problem.

To win the abortion battle at the federal and state levels, we will need to change the hearts and minds of those people in the middle. And to do that, we need to learn how to dialogue with people who disagree with us on important issues ­— politicians, perhaps, but more important, ordinary people who have not been engaged meaningfully on the topic. We need to see them as human persons to be encountered.

The “us vs. them” mentality that leads to bitter, vitriolic arguments in Congress — or, more frequently, on social media — is only doing damage to the pro-life cause. That’s not how hearts and minds are changed.

Because these people “in the middle” often haven’t given a lot of thought to the issue of abortion, they have the potential to shift their views in a more pro-life direction, if they are presented with both scientific facts about unborn human life and compassionate solutions to difficult pregnancies. Especially if the pro-lifers presenting those things are open to patient and respectful conversation that recognizes the human dignity of those with whom we disagree.

This month, the movie “Unplanned” will be released in theaters nationwide. It tells the true story of Abby Johnson, a Planned Parenthood employee who underwent a powerful conversion and is now a pro-life activist. For Johnson, the conversion process included several key moments that led her to question her underlying assumptions about the abortion industry and, ultimately, to have a profound change of heart.

Johnson’s story is a reminder that many of those who support abortion are well intentioned. They want to help women. They’ve seen the challenges that an unexpected pregnancy can present. They believe, in the words of Planned Parenthood’s current president, that abortion is necessary for women’s equality and freedom.

Many of them also believe that pro-lifers are sexist bigots or religious zealots who want to repress women and stifle equality and freedom. Those stereotypes are purposefully disseminated to demonize pro-lifers. But we can’t overcome them without dialogue and encounter.

Nearly 25 years ago in “Evangelium Vitae,” St. John Paul II called for “a new culture of life.” It would be “new,” he said, in part “because it will be capable of bringing about a serious and courageous cultural dialogue among all parties.”

Almost a quarter-century later, the need for “dialogue among all parties” is perhaps even greater. And it is Catholics who should be leading the charge.

La Rosa is the deputy editor-in-chief at Catholic News Agency. A version of this column originally appeared
March 4 at catholicnewsagency.com.