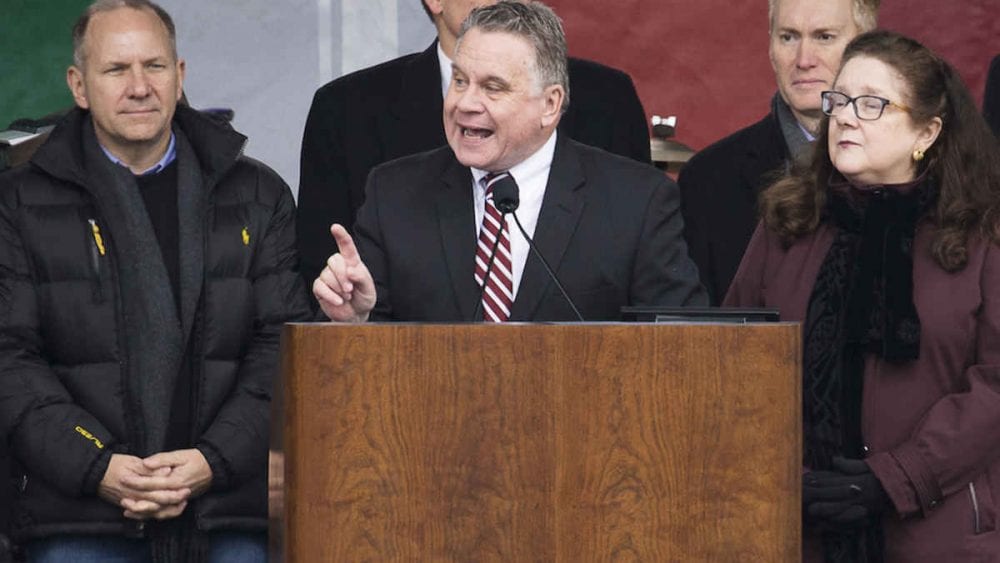 Republican leaders in the House are calling on House Speaker Nancy Pelosi, D-California, and other House Democrats “to stop blocking” a vote on the Born-Alive Abortion Survivors Protection Act.

The measure “demands a vote,” Rep. Chris Smith, R-New Jersey, said at a March 13 news conference, surrounded by other GOP congressional leaders and pro-life advocates. “It requires appropriate care to be given to any child who survives an attempted abortion.”

He also emphasized that everyone must understand that “no mother, no woman can be prosecuted under this bill, just like every other pro-life legislation including the Partial-Birth Abortion Act, which is current law.”

“The women are never prosecuted, they are the co-victims,” Smith added.

The Born Alive Abortion Survivors Protection Act, known as H.R. 962, and its companion bill in the Senate, S. 311, have “strong criminal penalties for the abortionist” who violates the requirement to give appropriate care to a baby that survives a failed abortion.

Smith explained that under the legislation any health care provider who does not “exercise the same degree of professional skill, care and diligence to preserve the life and health of the child as a reasonably diligent and conscientious health care practitioner would render to any other child born alive at the same gestational age” will be fined or imprisoned for up to five years.

“It is the abortionist we seek to hold to account,” not women and children, the Catholic congressman added.

According to the national Susan B. Anthony List pro-life organization, House Democrats have refused requests to vote on the bill 17 times in the past 40 days.

Lawmakers were joined at the news conference by Jill Stanek, a former nurse from Illinois and national campaign chair for Susan B. Anthony List; Olivia Gans, outreach director for the National Right to Life Committee and president of the Virginia Society for Human Life; and Melissa Cifuentes, a Rhode Island pro-life activist.

All three women are from states where Democratic lawmakers have introduced legislation to expand abortion on demand through birth.

In testifying against such a bill in Illinois, Stanek said: “Abortion advocates are trying to eradicate even the meagerest protections for unborn and born babies.”

In the U.S. Senate late Feb. 25, lawmakers failed to advance the Born-Alive measure, sponsored by Sen. Ben Sasse, R-Nebraska. The vote to bring it forward was 53-44. Sixty votes were needed to invoke cloture and cut off a filibuster.