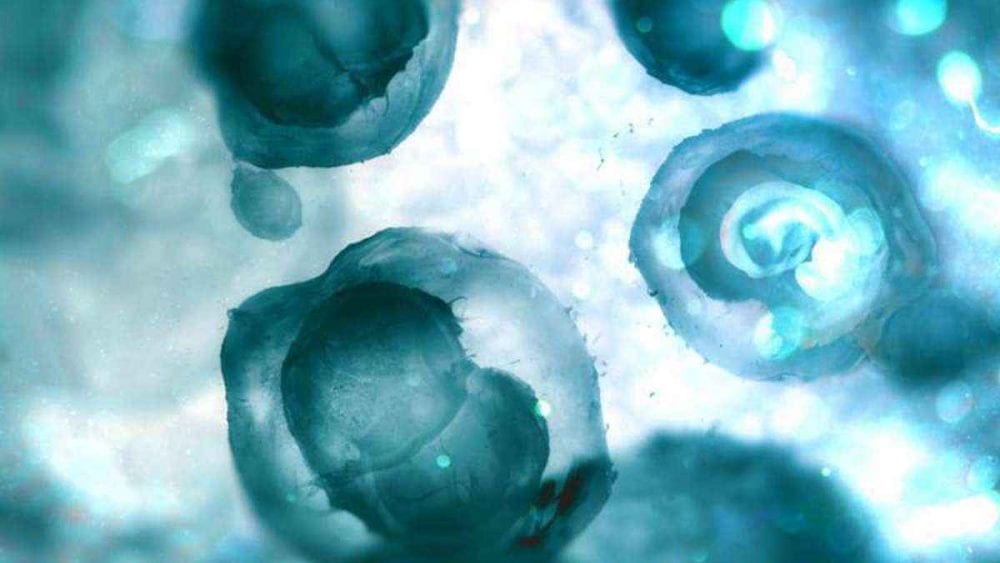 A group of 18 scientists and bioethicists from seven countries has called for a global moratorium on the practice of editing human DNA to create genetically modified babies until the international community can develop a “framework” for how to proceed in an ethical manner.

The group of scientists, in a March 13 editorial in the journal Nature, acknowledged that many people of religious belief find “the idea of redesigning the fundamental biology of humans morally troubling,” and that the practice could have serious societal consequences.

This practice of changing “heritable DNA” – found in human sperm, eggs, or embryos – is known as “germline editing.”

“By ‘global moratorium’, we do not mean a permanent ban,” the group of scientists wrote.

“Rather, we call for the establishment of an international framework in which nations, while retaining the right to make their own decisions, voluntarily commit to not approve any use of clinical germline editing unless certain conditions are met.”

The conditions for a nation to meet, the scientists say, should include giving public notice of its intention to engage in germline editing and consulting with other nations about “the wisdom of doing so,” as well as taking a suggested two years to ascertain whether there is “broad societal consensus” about whether germline editing is appropriate.

In addition, a coordinating body to provide information and reports about germline editing should be established, they say, possibly under the purview of the World Health Organization.

The call for a moratorium comes amid ethical questions surrounding a Chinese biophysicist who claims he created the first genetically modified babies late last year.

He Jiankui says his goal was to edit embryos to give them the ability to resist HIV infection by disabling the CCR5 gene, which allows HIV to enter a cell.

He says he used a technology known as CRISPR to edit sections of the human genome, performing the procedure on embryonic humans. The technology, which selectively “snips” and trims areas of the genome and replaces it with strands of desired DNA, has previously been used on adult humans and other species. CRISPR technology has only recently been used to treat deadly diseases in adults, and limited experiments have been performed on animals.

In a letter signed by 120 Chinese scientists, He was condemned for ignoring ethical guidelines. The letter called the gene manipulation a “Pandora’s box,” and said, “The biomedical ethics review for this so-called research exists in name only. Conducting direct human experiments can only be described as crazy.”

At least three of the authors of the Nature article have connections to CRISPR-based gene-editing technologies.

The Nature scientists did not rule out germline editing for research purposes, as long as the study did not involve the transfer of an embryo to woman’s uterus; nor did their call for a ban apply to gene editing in non-reproductive cells in order to treat diseases, because modifications done on those cells can be done with the informed consent of adults providing the cells, and the modifications are not heritable, i.e. they cannot be passed on to offspring.

Around 30 nations worldwide, including the United States, already have laws to directly or indirectly ban the clinical use of germline editing. CRISPR research on embryos is currently banned from receiving federal funding, but can be conducted using private funding. The Food and Drug Administration prohibits gene modification on viable human embryos, which means any genetically modified human embryos must be destroyed, rather than brought to term.

The scientists called for a fixed period – perhaps five years – when no clinical uses of germline editing are allowed worldwide.

“As well as allowing for discussions about the technical, scientific, medical, societal, ethical and moral issues that must be considered before germline editing is permitted, this period would provide time to establish an international framework,” they wrote.

The scientists noted that here is broad scientific consensus that germline editing is not yet safe or effective enough to be considered for clinical use. They also highlighted the distinction between “genetic correction,” which involves working to edit out rare mutations, and “genetic enhancement,” or the attempt to improve human individuals and the species.

The Nature scientists noted that even efforts at genetic correction, when undertaken in order to cure a disease, can have unintended consequences. For example, a common variant of the gene SLC39A8 decreases a person’s risk of developing hypertension and Parkinson’s disease, but increases their risk of developing schizophrenia, Crohn’s disease, and obesity.

This is also true for the genes that He worked with in his research, as altering those genes could make the genetically modified babies more susceptible to certain viral infections.

“Its influence on many other diseases – and its interactions with other genes and with the environment – remains unknown,” the scientists wrote.

“It will be much harder to predict the effects of completely new genetic instructions – let alone how multiple modifications will interact when they co-occur in future generations. Attempting to reshape the species on the basis of our current state of knowledge would be hubris.”

In Dignitas personae, its 2008 instruction on certain bioethical questions, the Congregation for the Doctrine of the Faith said that while somatic cell gene therapy is in principle morally licit, “because the risks connected to [germ line cell therapy] are considerable and as yet not fully controllable, in the present state of research, it is not morally permissible to act in a way that may cause possible harm to the resulting progeny.”

The instruction also warned against a “eugenic mentality” that aims to improve the gene pool, adding that there could be social stigmas and privileges applied to people with certain genetic qualities, when “such qualities do not constitute what is specifically human.”

CNA spoke to John DiCamillo, an ethicist at the National Catholic Bioethics Center, in early 2017. He explained that somatic cell gene editing may be morally legitimate when used for “a directly therapeutic purpose for a particular patient in question, and if we’re sure we’re going to limit whatever changes to this person.” He pointed to gene therapy trials for disorders such as sickle cell disease and cancer that show promise for treating difficult disorders.

Editing sperm, eggs, or early embryos, however, presents serious concerns, he said. Manipulating sperm and ova requires removing them from a person’s body; if conception is achieved with these cells, it is nearly always through in vitro methods. This practice of in vitro fertilization is held by the Church to be ethically unacceptable because it dissociates procreation from the integrally personal context of the conjugal act.

Scientists at the Charlotte Lozier Institute, the research and education arm of Susan B. Anthony List, reacted to the Nature scientists’ proposal by saying their suggested moratorium does not go far enough.

“Scientifically unsound and ethically problematic experiments on human embryos, including creating gene-edited embryos in the lab and then destroying them, would still be allowed and even encouraged. We call instead for the full prohibition of gene-editing experiments on embryos or germ cells – not just a speed bump.”