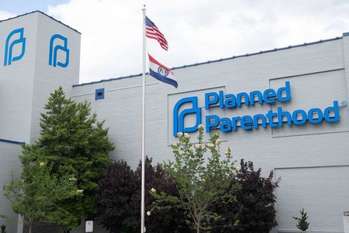 Pro-life groups had been calling for the clinic’s closure.

“This particular facility’s track record shows an appalling pattern of botched abortions and other violations that prove they are incapable of policing themselves,” Marjorie Dannenfelser, president of the Susan B. Anthony List, said May 31. “Planned Parenthood does not deserve special treatment and the health and safety of women should never come second to the abortion industry’s bottom line.”

Planned Parenthood had filed a lawsuit after state health officials initially said the clinic failed to meet safety standards and would not be receiving a license renewal.

The health department cited a failure to cooperate with state regulations, as well as four botched abortions, one in which the mother developed sepsis and another in which the patient was hospitalized with life threatening complications.

Gov. Mike Parson explained May 31 that “We are committed to and take seriously our duty to ensure that all health facilities in Missouri follow the law, abide by regulations, and protect the safety of patients.”

Planned Parenthood objected and accused the state of enforcing regulations arbitrarily for political reasons, National Public Radio reported. The organization contends there is no valid reason for state rules mandating two pelvic exams before the administration of drugs that induce abortions. It has also rejected state demands that officials interview its medical trainees on staff.

State circuit court judge Michael Stelzer had granted a preliminary injunction, allowing the clinic to continue operating past the end of the day on May 31, when its license was set to expire. He ruled that the clinic would face “immediate and irreparable injury” if its license lapsed and said the clinic could stay open while its case was being decided in court.

Missouri’s Department of Health was given until June 21 to make a final ruling on whether it would renew the license.

Stelzer said after the decision that the clinic may remain open until further order from the court, CNN reported.

If the St. Louis Planned Parenthood were to close, Missouri would become the only state without an abortion clinic. Five other states currently have only one facility that performs abortions, according to CBS News.

While the St. Louis Planned Parenthood is the last abortion clinic in Missouri, there is a private surgical abortion facility near St. Louis, across the Mississippi River in Granite City, Ill. A Planned Parenthood clinic 20 miles away in Belleville, Ill. offers medication-induced abortion, the New York Times reports.

In a separate case, on Friday, June 14, St. Louis Circuit Court Judge David Dowd ruled that Missouri’s legislature cannot cut funding from the Planned Parenthood clinic, after the clinic argued that it not only provided abortions, but other health care services, according to a local Fox News affiliate. Missouri Governor Mike Parson said the decision will be appealed.

Parson also recently signed a bill that punishes abortion doctors who perform abortions on a woman who is past eight weeks of pregnancy, with exceptions for medical emergencies which seriously threaten the life or quality of life of the mother. The law does not penalize women who obtain abortions.

The year 2019 has witnessed significant controversy at the state level over abortion regulations. Changes in the makeup of the U.S. Supreme Court have prompted speculation that the court could dramatically alter or overturn Roe v. Wade and other major precedents mandating legal abortion nationwide.

Missouri is one of at least a dozen states that have enacted abortion restrictions so far this year, with others still considering similar legislation. Other states have passed expansive laws preserving and expanding access to abortion regardless of future Supreme Court decisions.