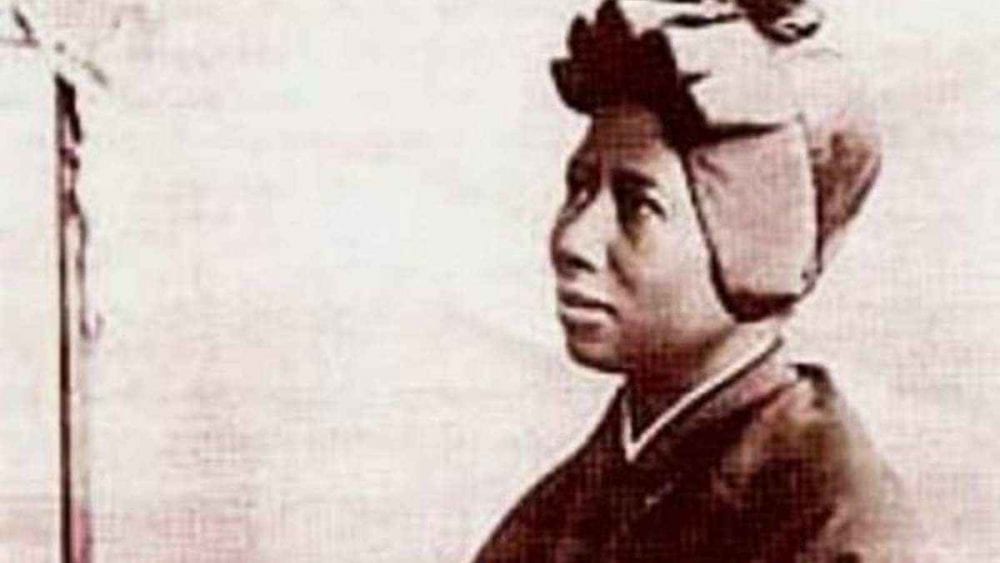 Pope Francis: Pray with St. Bakhita for the end of human trafficking

Pope Francis called Sunday for an end to human trafficking, encouraging Catholics to pray for the intercession of St. Josephine Bakhita, the patron of trafficking victims.

“We all can and must collaborate by denouncing the cases of exploitation and slavery of men, women, and children. Prayer is the force that sustains our common commitment,” Pope Francis said after the Angelus prayer Feb. 10.

“May God himself release all those who have been threatened, injured or mistreated by slavery and the trafficking of human beings. He brings relief to those who survive this slavery and teaches them to see Jesus as a model of faith and hope so that they can heal their wounds,” he prayed.

Pope Francis thanked all who fight for the end of human trafficking, especially many religious communities, and asked Catholics to recite with him a prayer to St. Josephine Bakhita.

“I especially appeal to governments, so that the causes of this plague are resolved and the victims protected,” he said.

The International Day of Prayer for Victims of Human Trafficking falls each year on February 8, St. Josephine Bakhita’s feast day.

Born in Sudan in 1869, Bakhita was kidnapped at the age of seven and sold into slavery by Arab slave traders. During her time as a slave, she was beaten, tortured, and scarred.

In 1883, she was sold to the Italian Vice Consul, Callisto Legani, who took her with him back to Italy. While in Italy, she was given to a family and became their nanny until the family left her with the Canossian Sisters in Venice when they traveled to Sudan for business.

Bakhita was cared for by the Canossian Sisters during the legal battle that ensued for her freedom from slavery. Eventually, an Italian court ruled that since slavery had been outlawed in Sudan prior to her birth, she was not legally a slave.

With her newfound freedom, Bakhita chose to receive the sacraments of baptism, confirmation, and first holy communion in 1890. Three years later she became a novice with the Canossian Daughters of Charity, taking the name Josephine Margaret “Fortunata” — a Latin translation of her Arabic name, Bakhita, which means “lucky.”

“St. Bakhita, assist all those who are trapped in a state of slavery; Intercede with God on their behalf so that the chains of their captivity can be broken,” Pope Francis prayed.

“We beseech you to pray and intercede for all of us: so that we do not fall into indifference, so that we open our eyes and can look at the misery and wounds of so many brothers and sisters deprived of their dignity and freedom and hear their cry for help,” he continued.

Reflecting on Sunday’s Gospel — the call of St. Peter — Pope Francis praised the fisherman Simon Peter’s “attitude of availability” to the Lord’s call.

When Jesus entered Simon’s boat and asked him to “put out into deep water” and lower nets to catch fish, Simon replied, “Master, we have worked hard all night and have caught nothing,
but at your command I will lower the nets.”

Pope Francis explained, “Inspired by the presence of Jesus and enlightened by his Word, he says: ‘but at your command I will lower the nets.’ It is the response of faith, which we too are called to give; it is the attitude of availability that the Lord asks of all his disciples, above all those who have duties of responsibility in the Church.”

“Thus He acts with each one of us: He asks us to welcome him on the boat of our life, to start again with him and to plow a new sea, which reveals itself full of surprises,” he added.

“When we place ourselves generously at His service, He does great things in us,” Pope Francis said.