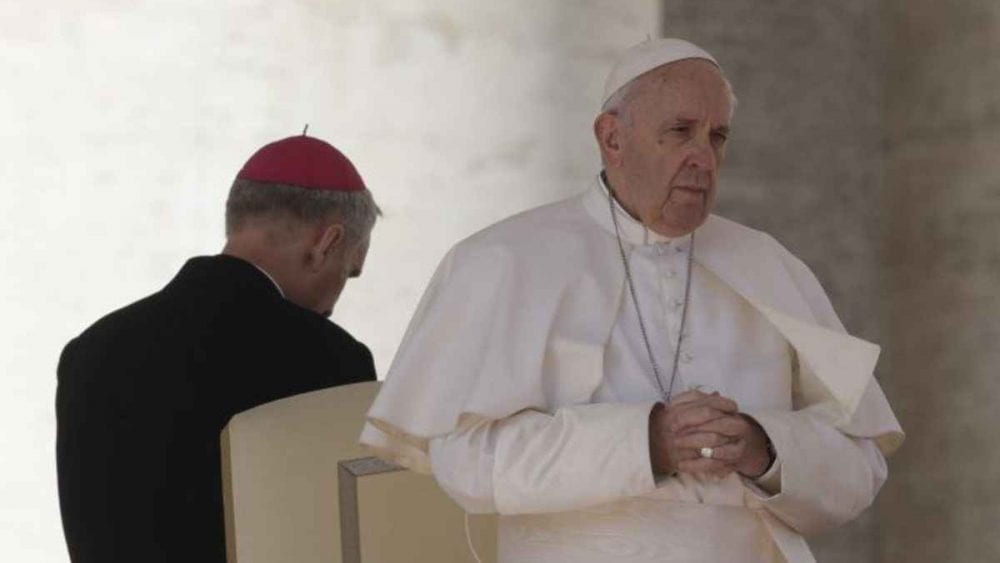 Once again, Pope Francis has spoken out against the death penalty, saying that the Church’s view on the issue has “matured,” that every life must be guarded without exception and that capital punishment is a “serious violation of the right to life” belonging to every person.

“While it is true that human societies and communities have to often face very serious crimes that threaten the common good and the safety of people, it is not less true that today there are other means to atone for the damage caused,” Francis said on Wednesday in a video message sent to the VII Global Congress Against the Death Penalty, taking place in Brussels.

The systems of detention, the pope noted, are becoming more effective in protecting society for the harm that some people might cause.

“On the other hand, you can never abandon the conviction of offering even to criminals the possibility of repentance,” Francis said.

The Feb. 26-March 1 congress is organized by Together against the Death Penalty, and organizers define it as “the world’s leading abolitionist event in terms of its scope and political ambition.” It’s held under the patronage of the European Union and with the support of the Kingdom of Belgium and the Norwegian foreign ministry.

“The death penalty is inadmissible because it is an attack on the inviolability and dignity of the person,” reads the 2018 edition, with the addition that the Church “works with determination for its abolition worldwide.”

In the video, released by the Vatican’s press office on Wednesday, Francis said that he modified the Catechism because the Church has always “defended life” and its vision on the death penalty “has matured.”

“For a long time the death penalty was taken into account as an adequate response to the seriousness of some crimes and also to protect the common good,” he pope said. “However, the dignity of the person is not lost even if he has committed the worst of the crimes. No one can take his life and deprive him of the opportunity to embrace again the community he hurt and made suffer.”

Abolishing the death penalty worldwide, he said, is a “courageous affirmation of the principle of the dignity of the human person” and the conviction that humanity can “face crime and reject evil” offering the guilty the possibility to repair the damage caused.

“It’s in our hands to recognize the dignity of each person and to work so that more lives are not eliminated,” Francis said.

Today, of the 195 countries recognized by the United Nations, 55 still regularly use the death penalty; 28 have not executed anyone in the last decade so they’re considered to have abolished it “de facto;” seven have abolished it except in exceptional circumstances such as war crimes, and 105 have abolished capital punishment for all crimes.

Crux is an exclusive editorial partner of Angelus News, providing news reporting and analysis on Vatican affairs and the universal Church.