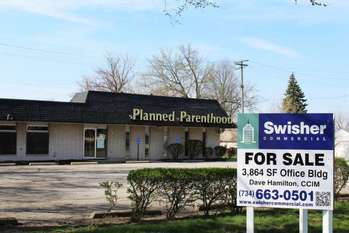 WASHINGTON – A new study from a Planned Parenthood think tank released on Wednesday has found that abortion in the United States has dropped to its lowest rate since the procedure was made legal in 1973.

Overall, the total number of abortions fell by 196,000 over the past six years, with just over 500,000 of 2017 abortions carried out via abortion pills, as opposed to a surgical method.

The report suggested that increased availability of contraception, including long-term contraceptives such as intrauterine devices, not state laws restricting abortion, were responsible for the drop. This conclusion was disputed by the Charlotte Lozier Institute, a pro-life organization, which suggested that cultural change over time has played a significant role.

“We welcome the new report showing the decline in both the abortion rate and the overall number of abortions from 2011 to 2017. There are several reasons for this positive news, including factors that Guttmacher does their best to ignore,” said Chuck Donovan, president of the Charlotte Lozier Institute.

“American mothers are increasingly choosing life for their children, as well as choosing to identify themselves with the pro-life cause and pro-life policies. This includes the broad protections for women and children being enacted at the state level such as strengthened health and safety standards for abortion facilities, limits on public funding of abortion, parental involvement laws, and increased informed consent,” he added.

Donovan also expressed concern at the increasing percentage of women who opt to end their pregnancies using chemical abortifacients. This, he said, “reveals the abortion industry’s increasingly successful effort to cut the overhead costs of surgical abortion while still profiting off the destruction of unborn children and wounding of his or her mother.”

“The industry’s migration to chemical self-abortion is deeply disturbing as it carries with it the possibility of increasing the overall abortion rate over time and also carries with it a higher rate of injury, about which women are often under informed or deceived,” he added.

Guttmacher’s report found that nearly one out of five abortion clinics, or “nonhospital facilities,” had reported treating a woman who had attempted and failed to induce an abortion on her own. They termed this a “self-managed abortion.”

There are many organizations that will facilitate delivery of abortion drugs to women through the mail, and they are easily accessed online.

The new data on the lowest abortion rates recorded comes just weeks after a report on declining  pregnancies and fertility rates in the United States.

In July, the CDC confirmed that fertility rates in the United States had dropped to their lowest rate ever.

“The 2018 general fertility rate fell to another all-time low for the United States,” researchers with the CDC’s National Center for Health Statistics wrote in a July 24 report.

According to the early statistical release from the NCHS in May, the total fertility rate, or average number of children born per woman, stands at 1.7, well below the demographic replacement bar of 2.1.

In 2018, fewer than 3.8 million children were born in the country. Since a peak in 2007, birth rates have fallen in all but one of the last 11 years. The results also show a continued trend of lower fertility among younger women over the last decade.

This story originally appeared on https://catholic-sf.org/