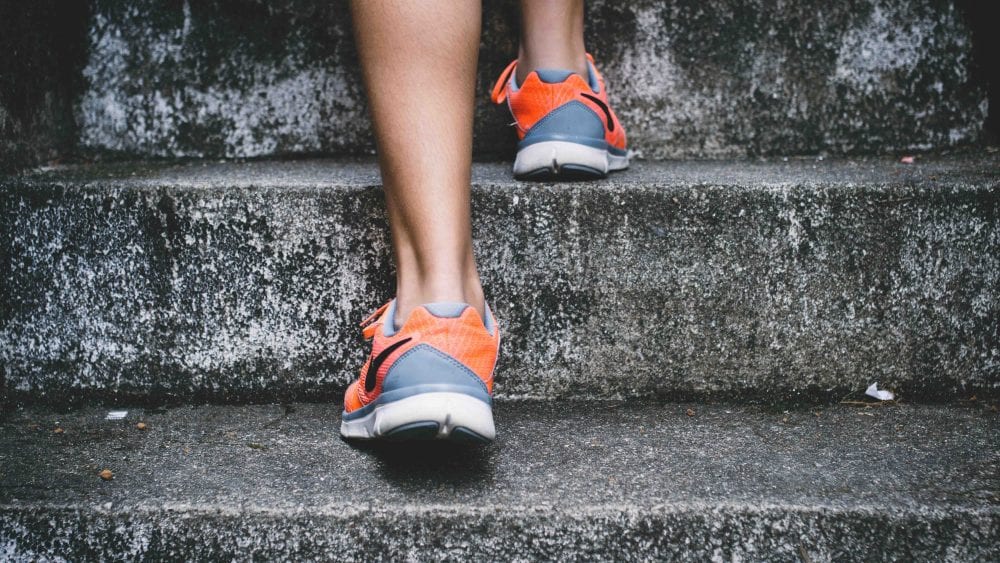 By Ellie Melero | The Leaven

The relay started on July 4 in four cities: San Francisco, New York City, Grand Forks, North Dakota, and San Antonio. Since then, participants wearing bright blue jerseys with the words “REMEMBER The Unborn – Jer. 1:5” have been completing 5Ks across the country to create a cross over the United States.

LIFE Runners is the largest pro-life running team in the world, with 12,094 members worldwide in 38 nations. The A-Cross America Relay is one of its largest events of the year, and it’s meant to bring awareness to abortion issues and the pro-life cause.

Participants in the relay could run or walk 5Ks in one of the 1,528 legs along the cross route or participate remotely, as many LIFE Runners in other countries did. The point, according to Pat Castle, co-founder and president of LIFE Runners, was to get people out in their jerseys to bring more visibility to the pro-life cause.

“The nonrunning LIFE Runners are really better [messengers] because they’re moving slower and we can read the back of their jersey,” said Castle. “That’s really the ministry. The ministry is a messaging ministry that gets people to do exactly what that message says: Remember the unborn.”

In addition to completing the final four legs of the relay on Sunday, LIFE Runners came out in force to participate in a weekend full of events to celebrate the completion of the relay.

Archbishop Joseph F. Naumann, the chair of the Committee on Pro-Life Activities for the U.S. Conference of Catholic Bishops, and Bishop Joseph Coffey, from the Archdiocese for the Military Services and LIFE Runners board member, concelebrated Mass at Divine Mercy Parish in Gardner on Aug. 10 to kick off the Finish Line weekend.

After Mass, the LIFE Runners went out to dinner and then attended a special screening of “Where There Is Darkness,” a movie about the murder of Father Rene Robert and his opposition to the death penalty from beyond the grave.

The message of the movie resonated with the runners, who believe the pro-life movement is about much more than opposition to abortion.

“The pro-life movement actually adds value to those that are already living,” said Cayleigh Heron, a parishioner of St. Paul Church in Olathe. “That’s what the pro-life movement should be about: just valuing life just because of what it is. There is value in each and every beautiful creation here on earth, starting in the womb.”

The celebration continued on Sunday, when the LIFE Runners attended Mass together at St. Michael the Archangel in Leawood before heading to a prayer rally in front of Planned Parenthood in Overland Park and finishing the final legs of the relay.

The relay is over, but Castle encourages people to join LIFE Runners online at: www.liferunners.org and wear the jerseys on the first Wednesday of every month.

“It matters,” Castle said. “Get a shirt, wear it as a public witness to impact hearts and minds for saving lives, and be all in Christ for pro-life.”