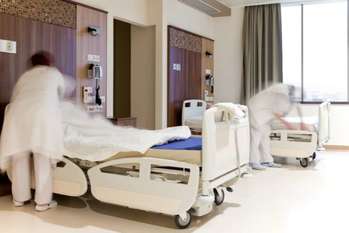 SAN FRANCISCO – A third federal judge has struck down the Trump administration’s conscience protection rule for medical professionals who object to abortions because of their religious beliefs.

U.S. District Judge William Alsup ruled on Tuesday, Nov. 19, that the Department of Health and Human Services rule, “Protecting Statutory Conscience Rights in Health Care; Delegations of Authority,” was too broad and would have permitted medical professionals that were not doctors or nurses, such as ambulance drivers and receptionists, to refuse to do their jobs if they involved abortion.

Alsup, ruling for the District Court for Nothern California, is the third judge to block the rule. In early November, federal judges in Washington state and New York also moved to strike the rule.

“An ambulance driver would be free, on religious or moral grounds, to eject a patient en route to a hospital upon learning that the patient needed an emergency abortion,” said Alsup in his ruling. Alsup sits on the United States District Court for the Northern District of California.

Presently, there are certain legal protections for medical professionals and conscience rights. Conscience rights campaigners say that these laws are not always followed or enforced, and the new rule was designed to clarify rights and entitlements available to those who have had their consciences violated.

In response to the 2019 rule, a coalition of 19 states, the District of Columbia, local governments, and pro-abortion groups including Planned Parenthood’s national federation and Northern New England affiliate, all sued the administration.

“This rule ensures that healthcare entities and professionals won’t be bullied out of the health care field because they decline to participate in actions that violate their conscience, including the taking of human life,” said Office of Civil Rights Director Roger Severino. “Protecting conscience and religious freedom not only fosters greater diversity in health care, it’s the law.”

“Laws prohibiting government funded discrimination against conscience and religious freedom will be enforced like every other civil rights law,” he added.

Tuesday’s ruling was in response to three lawsuits that were filed by the city of San Francisco, the state of California, and Santa Clara County, along with doctors and clinic workers. Prior to the ruling, San Francisco had already pledged not to protect conscience rights if the rule were to have gone into effect.

California filed suit against the Trump administration three weeks after the rule was announced in May. In a statement announcing the suit, California’s Attorney General Xavier Becerra said that the conscience rule was dangerous to American lives and that “a war is being waged on access to health care across our country.”

After Tuesday’s decision, Becerra referred to the conscience protection rule as President Trump’s “heartless, unlawful attempt to restrict the healthcare rights of women, LGBTQ individuals, and countless others.”

Becerra was joined in the suit by the attorneys general from several other states. According to a statement released by the city, San Francisico could lose up to $1 billion in federal funding if the rule comes into effect since the city does not intend to comply with the conscience protection laws.

The state of California could have lost nearly $78 billion in federal funding for not complying with the rule.
The rule was due to go into effect on Nov. 22 and the administration is expected to appeal the decision.