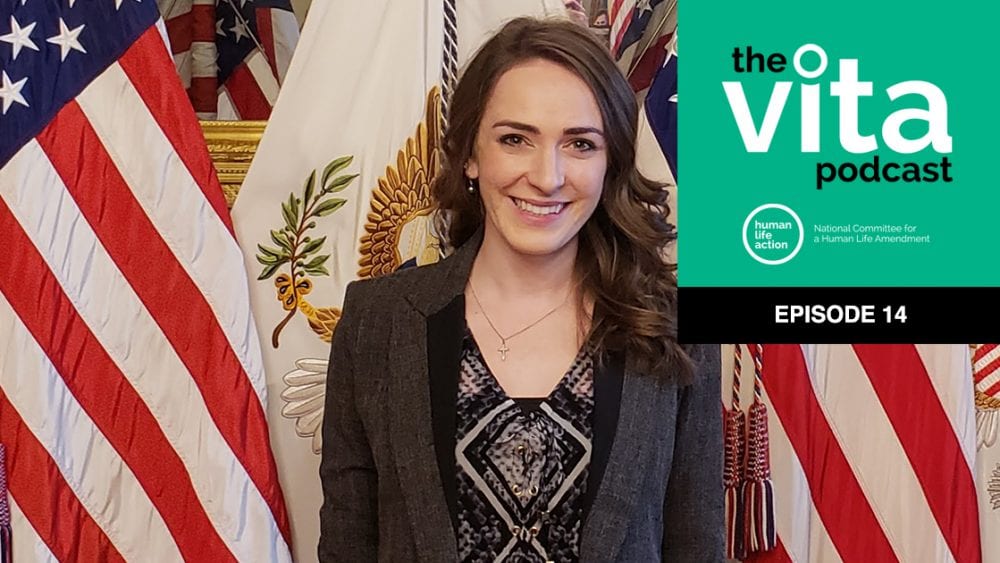 I speak Bernadette Tasy. She’s the president of Fresno Pro-Life Future, a young adult nonprofit organization. She also serves as the California State Captain for Students for Life Action, fighting pro-abortion legislation and promoting pro-life legislation in California. In May 2017, Alliance Defending Freedom filed a lawsuit on behalf of Bernadette and her pro-life student group against a Fresno State University professor for infringing upon their First Amendment rights. This gave Bernadette and her group the motivation to increase their level of activism both on and off campus, growing in size and eventually helping to lead efforts against current abortion legislation that would require public universities to distribute RU-486 abortion drugs. Bernadette is a former Campus Reform correspondent, appearing on Fox News and other national media. She served as the president of Students for Life at Fresno State for three years and recently graduated from Fresno State University with a Master of Arts in Speech Language Pathology. She is currently a practicing speech language pathologist in the Fresno area.