National Committee for a Human Life Amendment
Blog
May 04 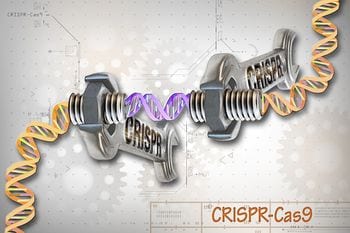 MILWAUKEE, Wis. – A group of 62 doctors, scientists, and bioethicists have issued an open letter urging a global moratorium on experiments that alter human genes that can be passed on to subsequent generations, a practice known as “germline editing.”

“Although we recognize the great scientific advancement represented by gene editing technologies and their potential value for an improved understanding and possible treatment of human disease, we strongly believe the editing of human embryos that results in births carries serious problems for which there are no scientific, ethical, or societal consensuses,” the letter from the American Society of Gene and Cell Therapy reads.

The organization sent the letter April 24 to U.S. Secretary of Health and Human Services Alex Azar.

“As a result, we contend that such human genetic manipulation should be considered unacceptable and support a binding global moratorium until serious scientific, societal, and ethical concerns are fully addressed,” it reads.

“In Dignitas personae,” its 2008 instruction on certain bioethical questions, the Congregation for the Doctrine of the Faith said that while somatic cell gene therapy is in principle morally licit, “because the risks connected to [germline cell therapy] are considerable and as yet not fully controllable, in the present state of research, it is not morally permissible to act in a way that may cause possible harm to the resulting progeny.”

The instruction also warned against a “eugenic mentality” that aims to improve the gene pool, adding that there could be social stigmas and privileges applied to people with certain genetic qualities, when “such qualities do not constitute what is specifically human.”

The April letter is not the first time prominent scientists have addressed the issue of germline editing; in 2015, a group of five scientists published an op-ed in the journal Nature warning that “heritable human genetic modifications pose serious risks, and the therapeutic benefits are tenuous.”

In March of this year, a different group of 18 scientists took to the pages of Nature to call for a global moratorium on the practice of editing human DNA to create genetically modified babies, until the international community can develop a “framework” for how to proceed in an ethical manner.

At least four scientists have signed their names on both the March and April letters.

The two recent calls for a germline editing moratorium come in the wake of ethical questions surrounding the purported actions of a Chinese biophysicist who claims he created the first genetically modified babies late last year. He reportedly used a technique called CRISPR-Cas9 gene editing.

The biophysicist, He Jiankui, says his goal was to edit embryos to give them the ability to resist HIV infection by disabling the CCR5 gene, which allows HIV to enter a cell.

“The alterations induced by Dr. He in these two girls would be expected to have been introduced into human germline cells, which would make the changes heritable and therefore passed on to future generations,” the letter asserts.

“Dr. He proceeded without clear medical need, in a surreptitious manner lacking any meaningful public or scientific community discussion or consensus, and without any regulatory approval.”

He says he used a technology known as CRISPR to edit sections of the human genome, performing the procedure on embryonic humans. The technology, which selectively “snips” and trims areas of the genome and replaces it with strands of desired DNA, has previously been used on adult humans and other species. CRISPR technology has only recently been used to treat deadly diseases in adults, and limited experiments have been performed on animals.

In a December 2018 letter signed by 150 Chinese scientists, He was condemned for ignoring ethical guidelines. The letter called the gene manipulation a “Pandora’s box,” and said, “The biomedical ethics review for this so-called research exists in name only. Conducting direct human experiments can only be described as crazy.”

In the April letter, the scientists drew attention to scientific questions surrounding germline editing that, in their view, must be addressed before scientists proceed. These include how artificial changes to an embryo’s genes “might interact with existing human genetic diversity when these new alterations are passed on to future generations.”

Clinical germline editing is currently banned in the United States and in 30 or so other countries throughout the world, including China.

“Before this status quo is revisited, it is vital that extensive discussions and engagement take place among all major stakeholders, including members of the scientific, medical, patient, caregiver, policy, legal, ethical, and faith communities,” the letter reads.

These stakeholders must be consulted before any more germline editing takes place, they say, and “effective and easily accessible mechanisms” must be developed “for reporting potential violations.”

The scientists in the April letter noted the potential for gene editing in somatic cells which do not result in births or the passing on of manipulated traits.
“In somatic cells, certain types of gene editing will likely have important scientific and medical applications, including their use to treat patients living with genetic disorders such as sickle cell anemia, beta-thalassemia, blindness, muscular dystrophies, and hemophilia, as well as cancer and many other diseases,” the scientists wrote.

Azar has not yet issued a response to the April letter.

CNA spoke to John DiCamillo, an ethicist at the National Catholic Bioethics Center, in early 2017. He explained that somatic cell gene editing may be morally legitimate when used for “a directly therapeutic purpose for a particular patient in question, and if we’re sure we’re going to limit whatever changes to this person.”

He pointed to gene therapy trials for disorders such as sickle cell disease and cancer that show promise for treating difficult disorders.

Editing sperm, eggs, or early embryos, however, presents serious concerns, he said. Manipulating sperm and ova requires removing them from a person’s body; if conception is achieved with these cells, it is nearly always through in vitro methods. This practice of in vitro fertilization is held by the church to be ethically unacceptable because it dissociates procreation from the integrally personal context of the conjugal act.