National Committee for a Human Life Amendment
Blog
May 05 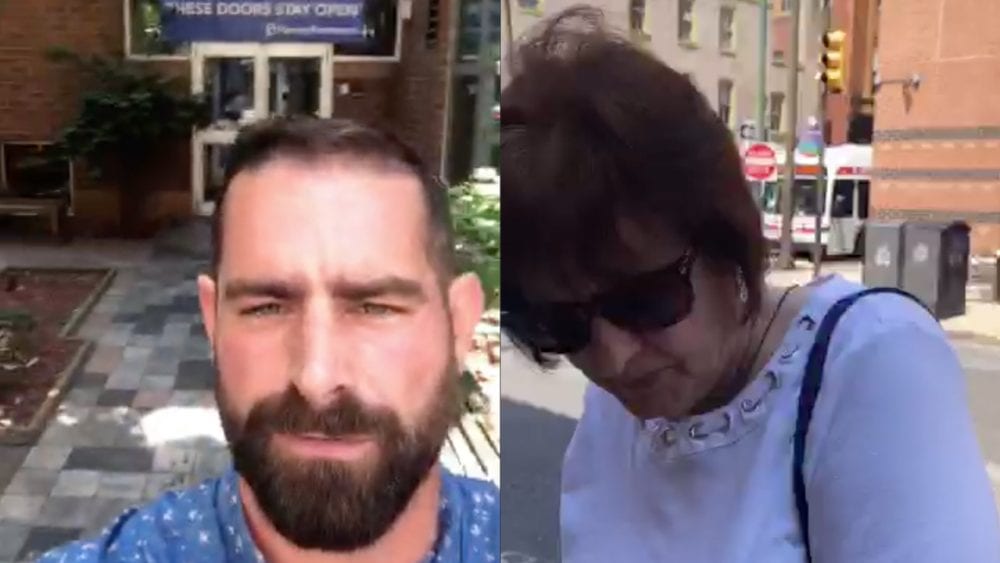 By Scott Morefield | The Daily Caller

The awkward 8-minute video, made and posted by the state lawmaker three days ago, shows Sims confronting the woman and repeatedly mocking and belittling her stand.

WATCH: Pennsylvania State Representative @BrianSimsPA harasses an elderly woman who is peacefully advocating for the lives of preborn human beings and women who are considering abortion.

“Today’s protester, now she is an old white lady who is going to try to avoid showing you her face,” Sims begins as he points the camera toward the woman. “But the same laws, luckily, that protect her from being out here also protect me from showing you who she is. And so my hope is that you’ll donate $100 for every extra hour that this woman is out here telling people what is right for their bodies.”

“Who’d have thought that an old lady would be outside a Planned Parenthood telling people what is right for their bodies,” he said. “What you are doing here is disgusting. This is wrong. You have no business being out here.”

Shame on you! Shame! Shame! There’s no faith that tells you you are right and everybody else is wrong.

At one point when the camera appeared close, the woman turned and told Sims to get the camera “out of my face.”

“No! No!” he responded as she appeared to make a call. “You have a problem protesting in public, don’t protest in public.”

“Let’s go protest out in front of her house and tell her what’s right for her body,” he told her. “This is a racist act of judgement.” (RELATED: ‘Unplanned’ Hits Theaters, Recounts The Emotional Story Of A Former Abortion Clinic Worker)

Every year in Philadelphia 10,000 babies lives are ended by abortion. The babies are killed, the mothers are wounded, and our society loses valuable people who should be here.

I see women every day as a gynecologist who regret this choice and say that if ANYONE was willing to step up and fill the void they felt when they made the decision to abort they would have changed their mind. They chose not because they wanted to abort but because they were afraid, alone, they had no money, no place to stay, no community… many were coerced into the decision… and they live with the pain for a lifetime.

So in response, we have loving, kind, peaceful, prayerful sidewalk servants trying to cover every hour that these places are open. We stand there… pray for the women, children, workers, and escorts… we offer help, hope, resources so that the men and women know that someone wants to help them. In the blessing bags we give a card that tells the woman she is strong, beautiful and awesome and we want to walk with her, we offer free pregnancy tests and ultrasound, we give a pamphlet that has info on the pregnancy centers, abortion pill reversal, post-abortion healing, etc, etc… we don’t yell, scream, degrade or belittle… but we are persecuted.

This poor woman who wanted to do nothing but stand, pray and hand out blessing bags was verbally assaulted and badgered by a state rep. This man should not be representing anyone as he is obviously only capable of defending those that go along with his beliefs.

Meanwhile, Sims’ tactics aren’t likely to win him many friends on the other side of the political spectrum, Twitter users pointed out.

Democrat state lawmaker Brian Sims (PA) harasses an elderly woman for her Christian faith, tells her not protest Planned Parenthood in public, calls her racist, asks for her address so he can show up to her home as an elected official and harass her https://t.co/vJPDQz3YwY

What a strong man this guy is. Yelling at an elderly woman for progressive brownie points. You’re no advocate of women because you support legalized murder. https://t.co/06mAI36r1e

This story originally appeared on https://dailycaller.com/