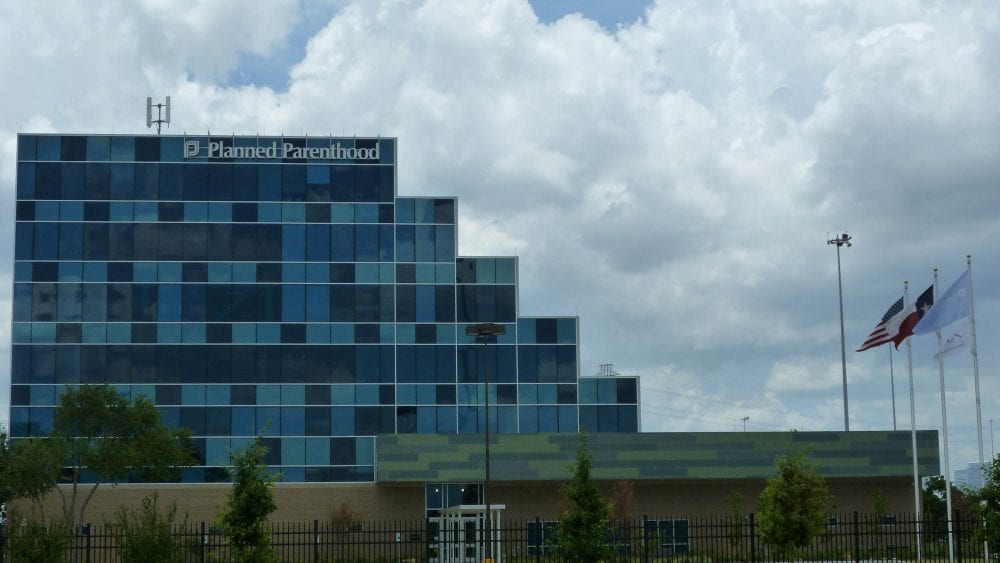 WASHINGTON—Planned Parenthood Federation of America said on Monday it would withdraw from the federal Title X family-planning program rather than comply with a new Trump administration rule preventing clinics from referring patients for abortions.

The organization’s decision to forgo federal funding for contraception and other family-planning services, estimated at about $60 million a year across its affiliate clinics, will have a profound impact on the organization’s future and the patients it serves.

It also sharpens what some observers see as a conflict between Planned Parenthood’s mission as a health-care provider and its political advocacy for abortion rights. That perceived conflict contributed to the firing last month of Leana Wen, the organization’s president for just eight months, who sought to curb the most political aspects of the group’s messaging.

“What we are committed to doing is using some emergency funds to help our patients get through, but it will have an impact,” she said. “Using fundraising—essentially charity for what should be a state responsibility—it’s like holding an umbrella during a tsunami.”

The Trump administration first proposed the Title X restrictions last year. The rule called for clinics that received federal family-planning funding to physically separate their abortion services in a separate building from all other services, and not to refer patients for abortions.

Planned Parenthood has called the new rules a direct attack against the largest provider of federal family-planning services by a Republican administration that believes in using any legal and policy tools at its disposal to curb access to abortion and some forms of contraception.

A spokeswoman for the Department of Health and Human Services said Planned Parenthood rejected the federal funds at the expense of its patients. “Some [Title X] grantees are now blaming the government for their own actions…and they are abandoning their obligations to serve their patients under the program,” said Mia Palmieri Heck, a spokeswoman for the HHS office running Title X.

Other administration officials and opponents of abortion rights have cast Planned Parenthood and other health-care providers’ decision not to comply with the new rule as a political move. “The fact that they are choosing not to comply with the new rule is another example of how they put abortion over health care,” said Mallory Quigley, vice president of communications at Susan B. Anthony List, an antiabortion political organization.

Planned Parenthood clinics serve about 1.5 million patients, or 40% of the women served by Title X, a federal program that provides birth control, pregnancy tests, screening for sexually transmitted diseases and other women’s health services. The Title X funds will be reallocated to other clinics, though in some rural communities Planned Parenthood is the only provider of women’s health care.

The administration has more broadly begun to reshape the family-planning program to include faith-based clinics that discourage the use of contraception. One such network of clinics, a Christian organization known as Obria that doesn’t offer any forms of contraception, for the first time received a $1.7 million grant from Title X.

Women’s health organizations including Planned Parenthood sued the administration hoping to block the new rule’s implementation, but a federal appeals court in California last week allowed the rule to go forward. Planned Parenthood has said it would continue fighting the rule in court, but the organization likely has little legal recourse unless a future presidential administration undoes the policy.

Republicans have long sought to strip federal funding from Planned Parenthood, with the defunding effort one of the reasons their 2017 effort to repeal large portions of the Affordable Care Act fell short. The Trump administration’s rule, and Planned Parenthood’s subsequent decision to withdraw from the federal funding program, come the closest to date to achieving that antiabortion goal.

Title X dollars represent about 10% of the organization’s federal funding, with the lion’s share, about 75%, coming from Medicaid. The Trump administration hasn’t moved to block Planned Parenthood from participating as a Medicaid provider, though it did withdraw an Obama administration policy essentially requiring all states to accept Planned Parenthood in their Medicaid programs.

In addition to Planned Parenthood, seven states including Illinois, Oregon and New York, along with smaller networks of clinics including Maine Family Planning, also announced they would withdraw from the program before a deadline set for Monday at midnight.

“Maine Family Planning withdraws from the Title X program—more in sorrow than in anger,” the organization’s president, George A. Hill, wrote in a letter to HHS. “It is simply wrong to deny patients accurate information about and access to abortion care.”

Monday’s announcement is the latest blow to Planned Parenthood, which is fighting several other challenges over abortion and contraceptive access. Chief among those is the movement among Republican-led states to ban abortions at eight weeks or earlier in pregnancy, referring to the unproven scientific notion that a fetus’s heartbeat can be detected by six weeks of pregnancy.

During her eight months as Planned Parenthood’s president, Dr. Wen sought to de-emphasize, and often not so much as mention, abortion, in an attempt to make the group more palatable to moderate voters. She also reached out to potential allies who supported access to reproductive health care, but not necessarily abortion, according to several people familiar with her thinking.

The organization has long presented itself as equally a health-care provider, treating about 2.4 million patients a year across a nationwide network of about 600 clinics, and a political powerhouse throwing its weight behind candidates for office who support abortion access. The organization considers that the best, and perhaps the only, way of protecting its work is by electing a Democratic president, and it has pledged to spend a record amount on the 2020 election.

“Planned Parenthood has always had two missions: provide great care and fight to ensure everyone can get it,” said Dawn Laguens, the organization’s former executive vice president. “It is a false choice to suggest that you have to pick one or the other.”

Write to Michelle Hackman at Michelle.Hackman@wsj.com