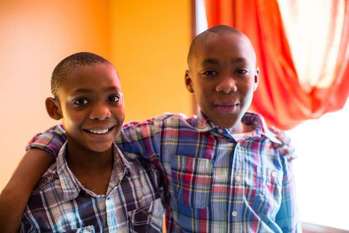 LANSING, Mich. – A federal judge in Grand Rapids has halted a new state policy requiring adoption and foster care agencies to certify same-sex couples, regardless of their religious mission, or else lose state funding.

Nessel had in March put forth a new state rule that would bar adoption and foster care agencies from state funding if they refused to place children with same-sex couples.

The Michigan Catholic Conference said in a statement to the Detroit News that “it’s encouraging to see that Dana Nessel’s animosity toward Catholics has now been recognized in federal court.”

“This case is not about whether same-sex couples can be great parents…What this case is about is whether St. Vincent may continue to do this work and still profess and promote the traditional Catholic belief that marriage as ordained by God is for one man and one woman,” Judge Jonker wrote in his opinion.

The ACLU first filed a lawsuit in 2017, after two same-sex couples approached St. Vincent Catholic Charities and Bethany Christian Services to adopt children referred to the agencies through the Michigan Department of Health and Human Services. The couples claimed that in 2016 and 2017 the agencies referred them elsewhere.

The State’s health department opened investigations into the complaints. Then on March 22, 2019, Nessel settled with the ACLU and required all adoption agencies to match children with qualified same-sex couples in order to receive state funding.

The settlement came despite a 2015 state law, passed with the support of the Michigan Catholic Conference, protecting the religious freedom and funding of adoption agencies. The settlement provided that the state must enforce non-discrimination provisions in contracts.

St. Vincent Catholic Charities challenged the new rule, along with a married couple and former foster child who had used the agency.

Judge Jonker noted that through the state’s Michigan Adoption Resource Exchange process, certified prospective parents can access children from any other agency, including St. Vincent. Through this process, same-sex couples have in the past been able to adopt children in St. Vincent’s care, he said.

“What St. Vincent has not done and will not do is give up its traditional Catholic belief that marriage as instituted by God is for one man and one woman,” the judge said.

“Based on that belief, St. Vincent has exercised its discretion to ensure that it is not in the position of having to review and recommend to the State whether to certify a same-sex or unmarried couple, and to refer those cases to agencies that do not have a religious confession preventing an honest evaluation and recommendation.”

“Leading up to and during the 2018 general election campaign, she made it clear that she considered beliefs like St. Vincent’s to be the product of hate,” Jonker wrote.

Becket, the law firm representing the adoption agency and several other plaintiffs in the case, called the ruling a “major victory.”

“Our nation is facing a foster care crisis, and we are so glad that Michigan’s foster children will continue having all hands on deck to help them find loving forever homes,” Lori Windham, senior counsel at Becket, said in a Friday statement.

After oral arguments in the case, Melissa Buck, an adoptive mom and one of the plaintiffs in the current case, shared her personal story of working with St. Vincent to adopt five children with special needs.

“It’s the best and the hardest thing we’ve ever done, and there were challenges that we weren’t equipped to face on our own—but we were never alone. St. Vincent was there for us every step of the way, at all hours of the day or night, for anything we needed, even if it was for just a shoulder to cry on,” Buck said.

“We chose to foster and adopt through St. Vincent because the faith and values that motivate their ministry make them the very best at what they do, particularly finding homes for the children who need it most.”